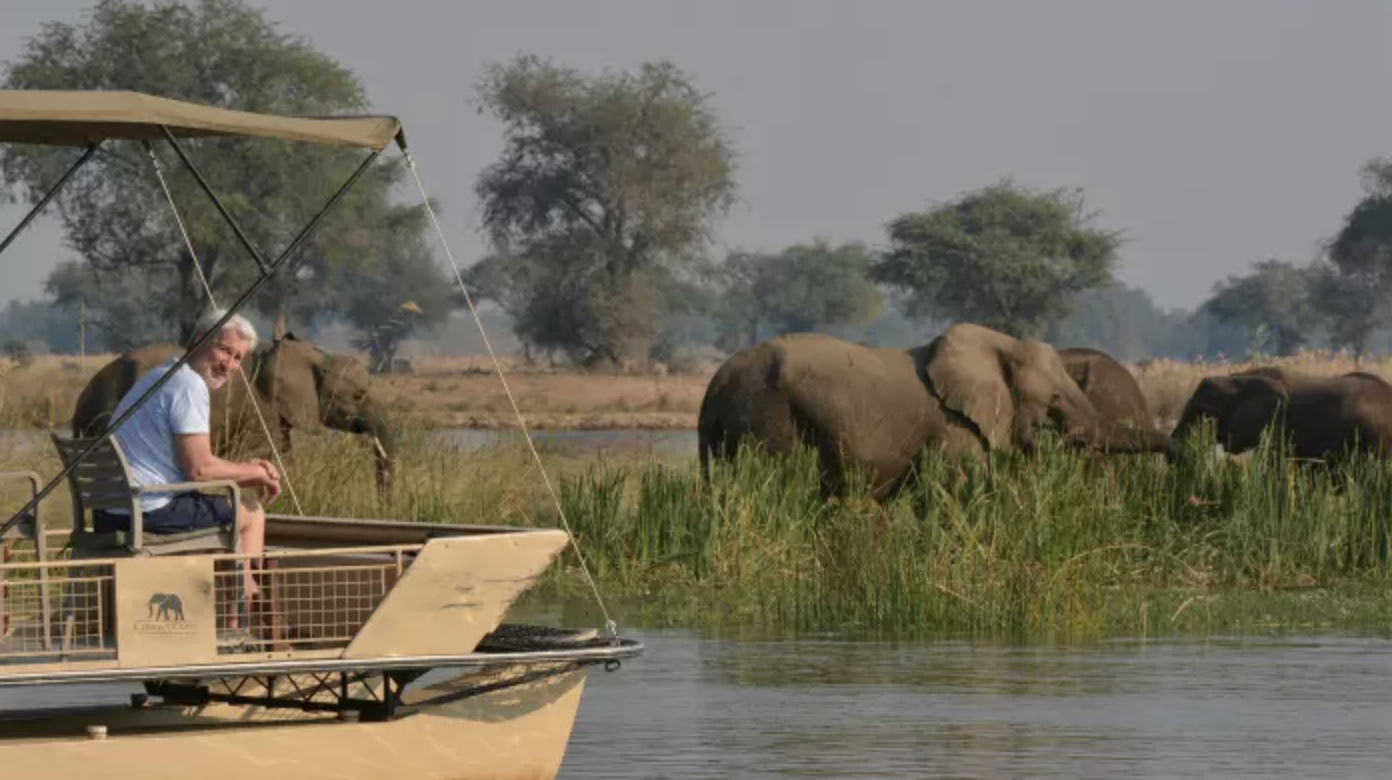 “It’s too hot to do anything,” one of the other guests had said, and I thought: “You spoilt bastard.” I had a bath instead. As I lay in cooling water, looking out through the insect screen at the hippos in the river and the warthogs at the waterhole, an elephant walked past. It was 10 yards away from the side of my bath. There was something in the nonchalant swing of its trunk and the lazy, confident sway of its legs that made it quite clear human beings and their comfortable safari cabins were interlopers. “The devil’s walking parody on all four-footed things,” said GK Chesterton of the donkey. Who, then, designed the elephant, and why? The poor old donkey at least walks, and in Cairo you can see them whipped to a trot by half-asleep farmers on their way to market, dragging a wagonload of carrots behind them.

But the elephant hardly even walks. He progresses. He lumbers, simultaneously regal and stupid, sweeping his absurd proboscis along the ground, intermittently swishing his tail, while randomly flapping his out-size ears. But you never hear anyone say, “What is the point of an elephant?” Though unlucky beasts sometimes get abducted by Asian loggers, and spend their days with brutes sitting on their neck, sticking sharpened sticks into their skin, the elephants seem designed for no specific role. The donkey is mute and defenceless, but any sensitive person wants the elephant to rebel and crush to death the ignorant lout on its neck. Share this graphic The point of an elephant is its majesty. It reminds us that we have all merely evolved to fill a space. Modern humans, alpha males, in particular, pay lip-service to the theory of evolution.

But their way of life demands they believe that they are at the centre of things, that nothing much is more important than closing the deal they’re working on. Safari is the antidote. It may be designed for the pleasure of humans. But its message is subversive. “Just look at the infinite variety of life, matey. You think you’re important. How do you know?” You could take a safari in Dorset, Northumberland or Connemara: all it requires is that you open your eyes.

But to see the biggest and the most unutterably weird things on Earth, you need to go further afield. We were in Zambia, the landlocked central African country where the Zambezi rises. Zambia — once Northern Rhodesia — rarely troubles the headline-writers. A colleague and I once listened to its then president, Kenneth Kaunda, deliver an interminable speech in which he referred to “my intelligence services”. “Zambian intelligence,” muttered my friend. “One man, two raincoats.” Zambia is not a wealthy country. Except in its wildlife.