Talking shop on the Victorians 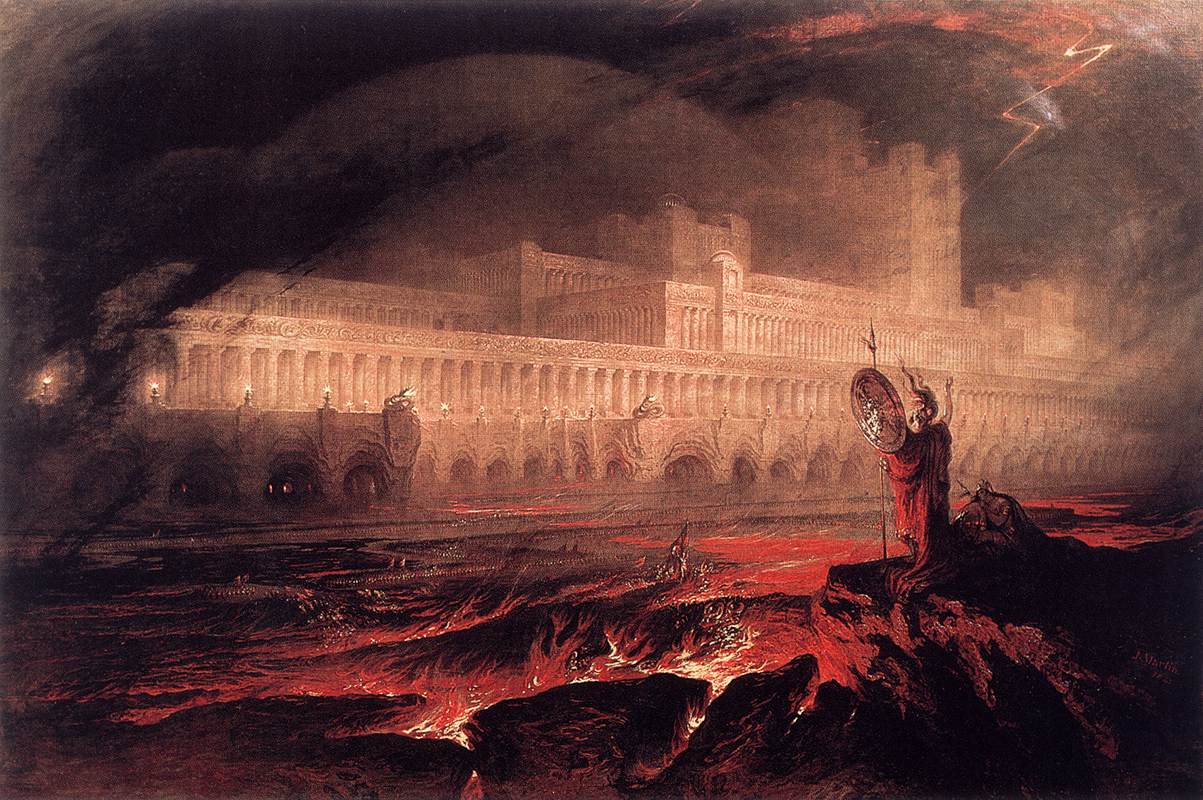 In a four-part series for BBC One, broadcaster Jeremy Paxman delves into the "goldmine" of information the paintings provide about Victorian life.

Using the paintings as a tool to explore Victorian society, Paxman looks at how the middle-classes, mill-owners, working people, and those on the bottom rung of society's ladder lived in those buttoned-up times.

It's probably the most exciting era in British history but my particular interest in painting is something that has developed over the past 10 to 15 years. I think it is the last great undiscovered resource in terms trying to understand what life was like in those times.

I'm less interested in the art as art, and I'm certainly not competent to do any criticism in terms of technique or anything like that, but I do think it is an amazing window into social history.

You have described these paintings as the "cinema of its day". What do you mean by that?

Prior to the emergence of these paintings, there was no visual representation of what life was like for the vast majority of people. The middle-classes get more of a look in than ordinary working people do, there are not that many pictures of the people who did manual labour in this time.

Paintings such as Hubert von Herkomer's Eventide presented a rose-tinted view of the Victorian working class. Why was that?

Some of them do, but some of them are quite realistic, I think. What you don't get with many of the paintings is a sense of squalor and there was quite a lot of squalor, particularly in the poorer parts of town, but even in the smart bits too. While you don't get that so much, you do get quite a good picture of what it felt like, what it was like to be in a horse-drawn omnibus, for example, or a railway carriage, these new places where people were thrust together.

Eventide was the reverse of the usual process. Usually paintings were executed and then subsequently engravings were made and the artist would make as much money out of the engravings as he made out of the original paintings. With Eventide, Herkomer did it the other way around. He does the painting after he has done the engraving and the picture is significantly changed. He puts in a vase of flowers on the table, different expressions on their faces, and adds a cup of tea, because he wanted to sell the painting.

The sort of person who could afford a painting like that didn't want a picture of some very sour-faced old woman on the wall. I think that's the long and short of it.

The artists sound like they know what they were doing.

They were very commercial these guys. The most successful ones were amazingly commercial. They were businessmen and, by the standards of the time, they made vast amounts of money. There was a whole community of artists who lived in Holland Park and who competed in the flamboyance of their houses. They would open their studios to the public so they could come in and see the great man at work.

How important were these paintings to the Victorians?

They were a very big deal. When Elizabeth Butler's painting the Roll Call - which depicts the survivors on an engagement in Crimea in a very bad way - went on tour, men with sandwich boards that read "The Roll Call is coming" walked the streets. These were very well known paintings which people trooped out to see in unprecedented numbers. When Balaclava, her painting of the survivors of the Charge of the Light Brigade went to Liverpool, tens of thousands of people turned up to see it.

Do you have a favourite painting?

I find very many of them utterly fascinating. In a way, the most fascinating of the lot are the ones that deal with what happens when there is this huge moral and intellectual crisis as a consequence of the theory of evolution. All sorts of stuff suddenly starts appearing. You get fairy paintings which - I don't like personally - are mad! You get John Martin's apocalyptic paintings of these great landscapes portraying the day of judgement as described in the book of Revelations, paintings of spiritualism. I think this is really wacky stuff and they are an acquired taste.

The retreat into some idea of an ideal England that existed in mediaeval times, and the preoccupation of sex and sensuality, that's the most intriguing of the lot. You are beyond social realism, you are beyond narrative painting, you are beyond trying to preach a sermon. This is artists trying to come to terms with doubt.

Were the Victorians as emotionally and sexually repressed as we think?

By our standards society was incredibly buttoned-up, there's no argument about that, and the way around that was to paint classical subjects like mythical heroes and goddesses, that sort of thing. It's quite obvious what they are about.

Did you learn anything about the Victorians that surprised you?

Loads of things. Loads and loads and loads of things. What happened to unwanted babies is an astonishing story. The prevalence of venereal diseases and the implications of that. A lot about the nature of work and the practical proposals of rescuing children from work and quite a lot about how British attitudes to India changed. Once you start to examine more closely what they believed about the purpose of existence in the light of all the great crises of doubt in the 19th Century, I find some of the discoveries there rather surprising too.

The Victorians were far more modern than we suppose. We suppose there was an inflexible doctrinaire commitment to a particular narrative and actually there was a great deal more debate and ambiguity

The Victorians were really into self-improvement? That sounds like a very modern phenomenon.

Their definition of self-improvement was slightly different to ours - I don't think they were interested in getting in touch with their inner wolf or the healing powers of crystal - and there is a pretty robust attitude that underpins that idea of self-help, but I would say it was a characteristically Victorian idea that you are in a sense the author of your own destiny.

The caricature is always that this was a high-bound society with inflexible social barriers - it's complete rubbish. Look at any index you want to, from the composition of the House of Lords through to spending patterns among the rapidly expanding middle class, and you find that none of these things would have been possible if the social barriers were as inflexible as people suggest.