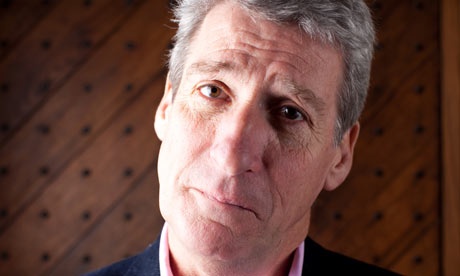 There are various things about Newsnight which ought forever to remain secret. Not the least of them being the occasional tears, fist-fights, and typewriters through windows which marked the early days. Still, here are a few things you might admit to knowing. Or perhaps not.

1. Which presenter complained that they were having a difficult time on air, because "I've got Ian Smith coming in my ear"?

Answer: The late, great Charles Wheeler who used to cite this as an example of why he was much better on the road than in the studio. For the avoidance of doubt, he was talking about interference in his earpiece. Ian Smith – another good reporter – tragically died after a skiing accident.

2. Which Nazi survived the Allied liberation of Berlin, only to die when invited to London for a Newsnight discussion about the legacy of his party?

Answer: Albert Speer – minister of armaments and war production for the Third Reich and Hitler's chief architect – who in 1981 was flown to London for Newsnight but dropped dead at his hotel.

3. In the days when the programme had two presenters each night, who observed that the secondary role, dealing with the arts and so on, was "like being the programme wife"?

Answer: The sainted Joan Bakewell, who has spent most of her life labouring under Frank Muir's sobriquet of "The Thinking Man's Crumpet".

4. Our theme tune's composer shares his original surname with a 20th century chancellor of the exchequer famously likened to a dead sheep. What is his professional name?

Answer: It was George Howe – better known by his pseudonym, George Fenton. Although our theme is obviously his most distinguished and best-loved work, his other work includes scores for Gandhi, Cry Freedom, The History Boys and – no rude comments please – Groundhog Day.

5. In what context was Tony Blair asked about Skinny and Wriggly?

6. In the early days, explanatory pieces, especially about the more recondite aspects of Kremlinology, were named after one of the presenters. What were they called?

Answer: Tusorials, after John Tusa, one of the original presenters of Newsnight.

7. What question caused an expression of utter bafflement to pass across Colonel Gaddafi's face during a live interview from his tent in the desert?

Answer: "Isn't that rather pie in the sky, Colonel?" – the phrase seemed to have no ready Arabic translation.

8. Before the 1997 election, which Tory cabinet minister (no oil painting himself) sniggered and cried "You said it!" when a cack-handed presenter turned to Margaret Beckett with the words "Let's get it from the horse's mouth"?

Answer: David Mellor. Margaret Beckett shrugged it off, saying: "Don't worry about him."

9. Whose first answer in a live Newsnight interview was a long pause, followed by: "Can we start again?"

Answer: Vivienne Westwood, who had been invited on to the programme to talk about the death of haute couture. Her PA sent a note the next day saying how much Dame Vivienne had enjoyed the interview.

10. Which thriller writer once delivered a piece to camera under the quizzical gaze of Margaret Thatcher?

11. Which political reporter married a misfit, and made such a name for himself by being a nuisance at byelections that he was given a role reporting the results of the contest at Dunny-on-the-Wold in Blackadder III?

Answer: It was Vincent Hanna. He married Joan Fitt, one of the five daughters of Gerry Fitt (the Miss Fitts), who formed the heart of the SDLP leader's West Belfast political machine.

12. Which foreign secretary left crucial international negotiations to take part in a Newsnight interview, only to discover that there was no camera, studio nor slot in the schedules?

Answer: Lord Carrington and the incident took place during the 1979 Lancaster House negotiations to pave the way for Zimbabwean independence. Newsnight should have been on the air, but was not being broadcast due to an industrial dispute. The editor insisted that the production team turn up each day to a grungey room where they pretended they were on the air. Some especially over-caffeinated producer had booked Lord Carrington for an interview, without telling him the whole thing was an exercise in fantasy television. Carrington failed to see the joke, exploding he had better things to do than give "a fictitious interview for a fictitious programme".

13. What became of the Newsnight sandpit for the Falklands War?

14. In the early 1990s, which economics editor was filmed consulting a Blackpool clairvoyant for insights about the state of the national finances?

Answer: Graham Ingham, who subsequently became a senior official at the IMF in Washington. Stunts were especially popular as attempts to make the dismal science of economics interesting. Graham appeared as everything from a croupier to a supermarket check-out operative. For a couple of years I offered a prize of a magnum of champagne for the producer who could get him to utter the silliest piece to camera – won after he appeared dressed from head to toe in white in a 'clean room'.

15. After yet another British sporting disaster, which board game character appeared in a discussion to illustrate that there were some sports we were still good at?

Answer: The world Cluedo champion, dressed as Colonel Mustard, who was interviewed for the programme in 1995. Sadly, no one had been able to find a length of lead piping before he reached the studio.

16. Which top secret item spent a couple of weeks in a corner of the Newsnight office while the nation's police forces hunted for it?

Answer: In 2000, a rare Enigma encoding machine was stolen from Bletchley Parkand held for ransom. The thief subsequently posted it to Newsnight, where it sat in a cardboard box in the corner of the office for ages. Had reporter David Sells not complained about repeatedly stubbing his toe on it, it would still be there.

17. Which Home Office minister was once a Newsnight producer?

Answer: Phil Woolas, who, after being chewed up and spat out by Joanna Lumley,makes frequent appearances on the programme to reassure the nation that the government has immigration under super-tight control.

18. Name the cow brought into the Newsnight studio for an interview with Peter Snow about the causes and effects of the 1990s BSE crisis?

19. What happened to the Newsnight editors responsible for the cow, an artificial rainforest in White City to illustrate climate change, and a studio discussion inside a fake football dugout?

Answer It is a trick question! They have all had plastic surgery and are living under assumed names in Uruguay, I hope.