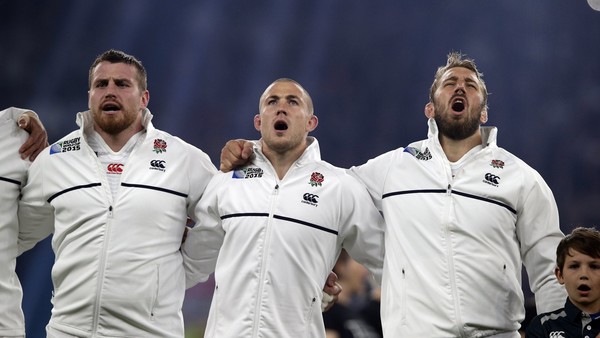 There is little chance of his idea becoming law, which is probably just as well, because when MPs discuss zeitgeisty things in parliament they usually end up doing something silly. Think of the Dangerous Dogs Act.

But Mr Perkins knows what he is talking about. As a rugby player and referee he is well familiar with the pathetic mumble emanating from the stands when England fans are asked to sing “God Save The Queen”.

There are two problems with “God Save The Queen”. The first is the words. The second is the tune.

The song was written as a morale-booster by some London hack when King George’s troops ran away from Bonnie Prince Charlie’s rebels at Prestonpans in East Lothian in 1745. Because “God Save The Queen” is now required to be congenial to all corners of the UK, it has been reworked by a bunch of Fotherington-Thomases to a milksoppy confection of dreary rhymes about worthy matters, accompanied by a few exclamation marks. The tune is as skippy as a funeral march.

The song sung by Scottish fans, “Flower of Scotland”, on the other hand, praises Robert the Bruce, whose main aim in life was to carve chunks out of the English. When Welsh fans sing “Land of My Fathers” they also celebrate resistance to England — but as it is always sung in Welsh, the English do not understand the message. Ireland’s anthem “A Soldier’s Song” is a rebel call to drive the English out of the country.

There is simply no argument about whether “God Save The Queen” is an English national anthem. It is not. If, against all the Celtic spine-tingling, the English are to be stuck with this awful dirge, let’s revive the censored sixth verse, roaring on Marshal Wade “like a torrent rush/ Rebellious Scots to crush”.

Weirdly, English rugby fans have instead to comfort their team with the words of the negro spiritual “Swing Low Sweet Chariot”. But the defining characteristic of the best anthems is their authenticity. When Parisians wanted to show their defiance of the Bataclan concert hall murderers they spontaneously sang “La Marseillaise” in the streets.

Who can watch a racially mixed South African rugby team sing “Nkosi Sikelel’ iAfrica” and not be impressed by the journey that country has taken? And even a Donald Trump rally cannot ruin the “Star Spangled Banner” with its talk of “the land of the free and the home of the brave”.

The most passionate anthem I’ve heard sung was in Nicaragua, in the days when it was ruled by the Sandinistas. It contained the wonderfully overblown lines “We fight against the Yanqui — enemy of humanity”. You heard it a great deal less once the country became democratic. Decent anthems tend to proclaim ambition or vision and are the product of struggle.

The current favourite to become a specifically English anthem is William Blake’s early 19th century poem, “Jerusalem”, to the tune composed by Hubert Parry in 1916. It is a splendid song, with resonant words and has the advantage of being known by very large numbers of people. It is also in an entirely different league to “God Save The Queen” and a lot less embarrassing than other nationalist tunes, such as “Rule Britannia”.

It does not matter that it is based on a crackpot medieval myth that Jesus visited England with his uncle, Joseph of Arimathea. The poetry is strong and mystical enough for any of us to imagine what sort of Jerusalem we should like to see built in England’s green and pleasant land.

But here’s the rub. Apart from its awful tune and plodding rhythm, “God Save The Queen” works because of its very limited scope. It wishes the monarch a long reign, and then, in verses no one can quite remember, waffles on about “defending our laws”.

I am a monarchist and I wish her a long and happy life. But surely we can do better than aspiring to good governance? We might as well all hum the theme tune to The Archers. Or perhaps we should adopt AP Herbert’s sparkling little number, “A Nice Cup of Tea”. I’d love to see 100,000 people belting out the refrain “Well my idea of heaven/ Is a nice cup of tea”.

We need a competition to find an English national song, which, quite apart from being a pleasure in itself, would also be a way of agreeing on what on earth we are all trying to do with our country. I suspect we’d find the common ground rather inspiring.