The humdrum genius of Elizabeth II who has seen it all 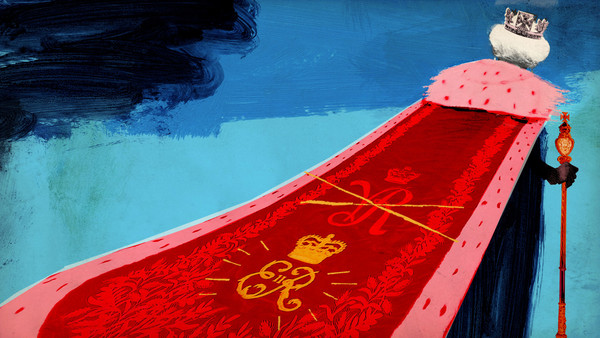 There will be no parades, no official firework displays, no crowds bussed in from Reigate to the Mall singing God Save the Queen. Next Wednesday, September 9, will pass like most other days this month, in the conventional uncertainty of an English autumn, as citizens muse whether to carry an umbrella.

That is as it should be. Wednesday is the anniversary of the crushing of the Scots at the Battle of Flodden and the 59th anniversary of Elvis’s gyrations on the Ed Sullivan Show. But it will also mark the point at which Queen Elizabeth II, head of the Commonwealth, defender of the faith, head of state of the United Kingdom and 15 other territories, will have reigned for longer than any of her predecessors.

The poor old lady (she is 89, for heavens’ sake) finds the occasion marked by mewling, bawling and screaming on all sides. It does not really matter whether those concerned are “God bless you Ma’am” lickspittles in the Daily Telegraph or smugly sulphurous north London Roundheads in The Guardian: they are all equally absurd.
Elizabeth II’s achievement is to have lived longer than she might have expected to in an earlier time. Queen Victoria, her predecessor as longest-reigning monarch, died at the age of 81 in 1901. When Victoria acceded to the throne the average female life expectancy in Britain was 42; it is now 83. She has led a comfortable and pretty healthy life and survived rather longer than the average.

So why should we care? Like most, I emerged from tertiary education as a republican. I understand that the idea of having a hereditary head of state is antediluvian, illogical and mildly offensive to people who live in Islington.

We do not have hereditary brain surgeons or plumbers: by what idiocy do we come to believe that the product of one particular set of ovaries is uniquely equipped to bear the tiresome tasks of representing the rest of us? It is absurd.
But that, of course is the point. Arthur Maurice Hocart, an anthropologist who attempted in the 1920s to discover the origins of monarchy, could conclude only that the earliest known religion was a belief in the divinity of kings; when history begins, there are gods and there are monarchs. We may have grown up since then and systematically stripped powers from our kings and queens, but the theology of monarchy still decrees that there is only one person fit to discharge the responsibility of representing all of us. We have taken our rulers out of the clouds and made them into varnished versions of ourselves.
Doubtless, in the state apartments they have already been seeding the two-year-old Prince George’s intake of Peppa Pig with Bagehot’s musings on the Royal Prerogative. He is probably more than ready to get up from his potty for his first consecration of an archbishop.

But he will have to wait awhile, since his grandfather and father have to have their crack at it first. And then there is his great-grandmother, a woman who began doing her current job in 1952, has the genes for a long life, and shows no sign of giving up either of them.
If we were considering one of the other European monarchies we might entertain the possibility that, like Queen Beatrix in The Netherlands, Elizabeth could sever the link between breathing and reigning, abdicate and speed the whole process up. But the Queen is not Dutch and there is no reason to imagine her resiling from the vows she made at her coronation. So we are stuck with her.

If we had Beyoncé as queen, life would be much more exciting, of course. But we do not. So let us consider what Elizabeth has done. Not much, according to David Starkey, the professional controversialist and historian.

She has, he claims, “done and said nothing that anybody will remember”. Poor Mr Starkey is getting confused if he thinks this a criticism. A few years ago, while writing a book about monarchy, I trawled through every speech the Queen had ever made. Not only could I not find anything controversial. I could hardly find anything interesting.
This is a mark of genius. In a constitutional monarchy our heads of state are expected to buckle up. You only have to imagine the reverse: the provocative remark, even the interesting remark, immediately invites disagreement.
So long as the monarch has no power, his or her function is purely to unite and to make the citizenry feel better about themselves. That is why courtiers talk the Disneyfied language of being “in the happiness business”.
It is not a role many of us would choose. Given a chance would you prefer to hope for a Nobel Prize, to play Hamlet at Stratford, organise a local food bank or, alternatively, to attend the 123rd opening of a new bypass? Lucky for the rest of us, then, that the role is restricted to a single family. And it is intuitively comprehensible as a model for society: we can all understand families — that they have brainy members, sporty members, good eggs, black sheep. Having the national identity incorporated in an individual because they belong to a particular family makes the whole nation feel something of a family.
If they cannot perform this elementary task of making us feel better about ourselves, then, certainly, let us get rid of them. An elected presidency would certainly be more democratic, and more reasonable. But at least this way, we keep the ultimate prize out of the hands of those who want it. President Tony Blair, anyone?
In the 63 years and 216 days she will have occupied our throne, the Queen has seen Britain retreat from Empire and diminish in the eyes of much of the rest of the world. But she has presided over an enormous social upheaval at home, which has occurred with hardly an instance of violence. It remains a prosperous country with solid institutions. Her pasty, monoglot nation has become infinitely varied. We can all take credit for that. To suggest that the country’s constitutional arrangements have nothing to do with it is just silly. So let’s not spend next Wednesday in any special carnival. Instead, we should celebrate a feat that is unremarkable, dutiful and, in its way, rather admirable.
Article courtesy of the FT Magazine. Original found here.