What's wrong with cherishing the land in which you live? 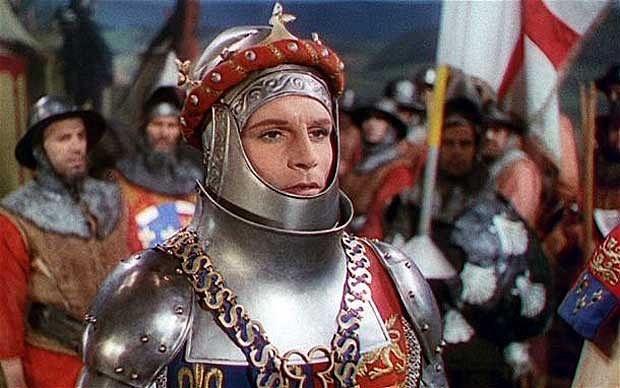 Henry V was once famously called “a National Anthem in five acts”. Most of Shakespeare’s history plays celebrate the island tale (or a version of it), but the story of the young king is the most patriotic of the lot. It contains scarcely a hint of the self-doubt that has become characteristic of every attempt by the English to talk about themselves. Can it really have anything to say to us now?

The play is about much more than national identity, of course. But it is Henry’s haunting speech to his outnumbered troops on the eve of the battle at Agincourt (“we few, we happy few, we band of brothers”) which rings down the centuries, a desperate, energetic descant on the ageing John of Gaunt’s wistful ramblings about “this scepter’d isle” in Richard II.

John Churchill, the first Duke of Marlborough, commander of the allied forces which defeated the French at the battle of Blenheim in 1704, is supposed to have said that he knew nothing of English history but what he had learned from Shakespeare. When his descendant, Winston, attempted to capture the significance of the Battle of Britain, he borrowed Henry’s lines about “the Few”.

It is how the English like to think of themselves: outnumbered, outgunned, defiant, but ultimately saved by their own courage and – of course – the rightness of their cause. The most plangent events of our national history repeat these themes – not the noisy imperial marches, but defiant instances of survival – little English vessels facing the mighty galleons of the Spanish Armada; Churchill’s Few; plucky pleasure-boat skippers rescuing the remains of the British army from Dunkirk.

Shakespeare is thought to have written Henry V in 1599, in the shadow of the escape from the Spanish Armada and at the height of war in Ireland. But for centuries afterwards – even when the nation was ruthlessly building the biggest empire the world had seen, and Cecil Rhodes declaring that “to have been born English is to have won first prize in the lottery of life”– the country still clung to this idea of itself as beleaguered.

The events that resonated in Britain were not so much the steady seepage of pink across the globe, but the massacres of the “Indian Mutiny” and the siege of Mafeking. The heroes of empire were figures who died alone, like David Livingstone, carried off by disease, or cut to pieces by savages, like Captain Cook in Hawaii and the crazed General Gordon at the siege of Khartoum.

These were the stories that would have patriots standing “like greyhounds in the slips”.

But what does patriotism mean now? It’s there on the sports field, of course, but otherwise we live in an unheroic age and seem instinctively to search not for vision but for feet of clay.

It is, of course, undeniable that the country’s standing in the world has sunk. The great British brands have vanished and those that remain – Jaguar, Manchester United, Cadbury, Tetley, Boots – are owned or run by foreigners. HP Sauce is made in Holland. What was once the world’s biggest merchant marine is now smaller than those of the Netherlands, Japan or Italy, and one third the size of Singapore’s. Britain’s entire army will soon be smaller than the “contemptible” Expeditionary Force that fell back from Mons in 1914.

But the rot is more profound than mere figures suggest.

It is almost 70 years since George Orwell observed that an English intellectual would feel more ashamed of standing to attention for the national anthem than of stealing from the poor box. A corrosive sense has taken hold that you cannot be taken seriously in Britain unless you distrust its institutions, and it is axiomatic that the recipient of tertiary education is a sceptic about all things, particularly any whiff of royalism or patriotism.

One of the most famous myths of the early days of the First World War was a claim that overwhelmed British soldiers falling back in the retreat from Mons found ghostly longbowmen from Agincourt fighting at their sides against the Germans. In 1915, the Times thundered that “we doubt if any foreigner can understand plays like Henry IV or Henry V, as quite ordinary Englishmen understand them”. In the next world war, Laurence Olivier was commissioned to produce, direct and star in a morale-boosting film version of the play.

And yet, oddly, the sense of national embattlement lives on in politics: the entire Europe debate comes down being bossed about by a multitude of foreigners. Respectable theatre-goers may leave Nigel Farage and his friends to wave the Cross of St George, but it is noticeable how frequently Shakespeare is said to be an innate Tory. Usually by Tories. Watch out for similar claims next year, the 400th anniversary of his death, from Boris Johnson.

Our stock response when our leaders tell us that something is in the national interest is to distrust them. The modern equivalent of the documents that Henry’s pliant archbishop produces to justify his invasion of France is Tony Blair’s dodgy dossier to excuse the invasion of Iraq in 2003.

Not surprisingly, that year’s National Theatre production of the play was shot through with cynicism. The English Shakespeare Company’s production after the Falklands War had presented the army as a bunch of football yobs.

Truly, with its regal incitement to rape and pillage and the murder of prisoners of war, there is very little that is noble about Henry’s invasion of France. Shakespeare can present a successful outcome because the French turn out to be cheese-eating surrender monkeys commanded by fops.

But self-aggrandising foreign wars are a very hard sell in the 21st century. The Ministry of Defence knows it is much more effective to do what it did this summer and to send a Royal Navy vessel on a PR stunt to rescue migrants from the Mediterranean.

Despite this, Henry’s speeches retain their spine-tingling power, recited, we are told, by England rugby captains in the dressing room. It is not necessary to see national pride in military terms. Indeed, it should be as much a source of national pride that Britain resisted pressure to join the war in Vietnam and that parliament learned the lessons of Libya and Iraq and refused to embark on a campaign in Syria. They may not have merited military bands and flypasts, but they were just as powerful expressions of national will. True patriotism is nothing like “my country, right or wrong”. As GK Chesterton observed, it is as stupid as "my mother, drunk or sober".

How exhilarating it would be if only people could see what the migrants in the squalid Calais camps see – that there is something special about a place where the state cannot arbitrarily arrest you, where government requires our consent and which has a health and welfare system – with all their failings – built on the idea that we all belong to one another. And, too, that a sense of scepticism and a right to dissent are worth celebrating.

These are creations of the “good yeomen whose limbs were made in England”. We may do things differently now. But we are assuredly not second-rate.

What is wrong with cherishing the land in which you live?