They Shall Not Grow Old, Bonhams Magazine 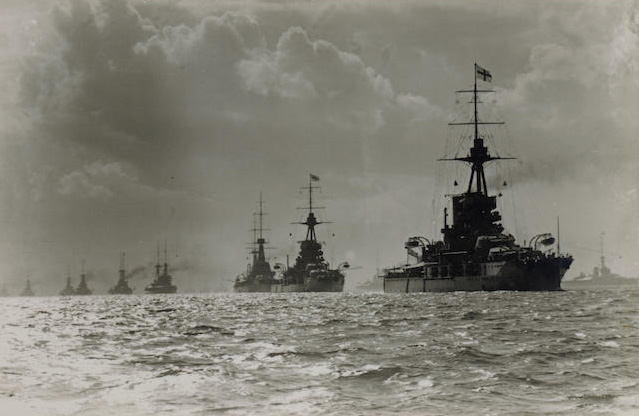 Unhappy the land with a need for heroes, as Brecht put it. But in wartime, every nation finds them. At the start of the First World War, some people had predicted it would be all over by Christmas. The longer it dragged on, the greater the need for inspirational stories which would encourage the British public to keep faith with the appalling sacrifice. Between 1914 and 1918, no fewer than 628 Victoria Crosses were awarded – more than three times the total for the whole of the Second World War.

"There are no heroes here," a Private wrote bleakly from the trenches. "No one cares. A man is forgotten the next moment". It was the scale of this new and awful warfare that was so hard to comprehend: an average of about 2,000 casualties a day for more than 1,500 days. In the human abattoir, personal stories of courage, dedication and self-sacrifice offered the chance to see the slaughter as something different, and ennobling.

Jack Cornwell never wore his Victoria Cross. But with his death he became an heroic figure. What made his story so resonant was his age – a mere 16 when he died of wounds and was buried in a common grave.

'Jutland Jack' may not have been the youngest person ever to win a VC (two Irish 15-year-olds were awarded VCs during the 19th century). But Jack Cornwell was certainly the youngest sailor ever to be so honoured.

Stories of heroism among the especially young were always popular. "WINCHESTER STRIPLING AT THE DARDANELLES" boasted one proud headline. "BOY OFFICER WINS THE VC", trumpeted the Daily Sketch above a picture of a child-faced, 18-year-old second lieutenant who had dashed across open ground under fire to stop a retreat at Gallipoli and then led a counterattack, shooting some British waverers while he was at it. Young people willing to put their lives at hazard for the cause were a moral and often shaming example to their elders.

But what is there to say about Jack Cornwell, gone before he could live very much? His service photograph shows him unsmiling and resolute, a 'Boy, First Class' – a very, very minor person in the world's greatest navy. And a posthumous portrait of him by Frank Salisbury that is being offered in Bonhams' WW1 Centenary Sale at Knightsbridge in October, shows Jack to be little more than a child. This boy-man was the son of an ex-soldier turned Essex tram driver. It had been a tough childhood, with periods spent living in workhouse accommodation. After war was declared in August 1914, his father rejoined the army. Cornwell was too young to sign up, and continued to work as a delivery boy, first for the Brooke Bond tea company and then for Whitbread's brewery. But by the summer of 1915 he was old enough to chance his life and joined the navy, training at Devonport as a Sight Setter, responsible for adjusting the range of a gun with a calibrated brass wheel. He was then sent to join the newly built light cruiser, HMS Chester.

The Chester had originally been ordered from the great Cammell Laird shipyard at Birkenhead by the Greek government, but with the outbreak of war, the British appropriated the vessel for the Royal Navy. The Chester displaced five thousand tons, was driven by four propellers and carried four funnels. She was more lightly armed than many other big ships, but she was fast and maneuverable. Jack Cornwell joined the ship's company at the beginning of May 1916. Within one month, the Chester was taking part in the greatest naval clash of the war.

The Battle of Jutland was a very odd engagement indeed, in which each fleet spent a lot of time steaming away from the enemy. When it was over, it was unclear quite who had won.

The plan of the commander of the German High Seas Fleet, Reinhard Scheer, had been to lure part of the Royal Navy into a trap. But he was unaware that Admiralty code-breakers were reading his orders. So when the navies encountered each other off the coast of the Danish Jutland peninsula, things did not unfold entirely according to Scheer's plan. Admiral Sir David Beatty found the Germans before they could find the British and gave chase until forced to turn tail himself, as his force was pursued by German ships, which then ran into Admiral Jellicoe's Grand Fleet (until then believed by the Germans to be miles away, at its base in the Orkneys). In the great clouds of smoke which hung over the sea, enormous shells were now being fired enormous distances. But German gunnery seemed to be superior to that of the British – or perhaps it was better communications and the quality of their ordinance. As Admiral Beatty watched a German shell strike yet another of his warships, he delivered one of the most famous remarks of the war: "There seems to be something wrong with our bloody ships today."

All told, there were 250 warships at sea on May 31st 1916, and on paper, the British fleet had been superior to the German. But under cover of darkness, Scheer spirited his forces away, which denied the Royal Navy any chance of decisive victory. In his after-battle report, Admiral Jellicoe was gracious about the enemy's 'gallantry', and judged his own men "cool and determined, with a cheerfulness that would have carried them through anything". But the Royal Navy had not covered itself in glory: it had lost more ships and twice as many sailors as the enemy. The Germans called the battle the 'Victory of the Skagerrak'.

It was not what the British people wanted to hear about what they had been repeatedly told was the finest navy afloat. The Chester, for example, had been outnumbered and outclassed by German warships, been hit 17 times, had most of her guns knocked out by enemy fire and had then run for home, skittering across the sea 'like a snipe'. She reached the safety of Immingham with nearly three dozen of her crew dead or dying.

Jack Cornwell had been part of a ten-man crew on a gun turret towards the bow of the Chester, where his job was to take orders from the Fire Control officer and then to correct the gun's range. The crew had been protected by steel shields in front of them which did not reach to the deck. Consequently, when a shell burst in the sky above them, many of them lost their legs. By the end of the battle, all but two of the crew were dead or seriously wounded. Cornwell, the junior figure present, was still alive, but with terrible shrapnel wounds to his chest. When found by a first-aid party after the engagement he was described as standing at his post, awaiting orders. It seems as likely that he was so seriously injured that he simply could not move.

Jack Cornwell did not survive his wounds for long. But nor did he have a hero's farewell. His body was delivered to his mother, who, having no money for a funeral, buried him in a common grave, in which coffins were stacked on top of one another. Celebrity came a little over a month later, when the Daily Sketch newspaper ran a sensational front page story, reporting that a 'Boy Hero' of the battle of Jutland had been buried in a pauper's grave. "MISTAKE MUST BE RECTIFIED", the paper demanded.

Quite who had tipped off the newspaper is unknown. But the story appeared at the right moment. The confrontation between the British and German navies had not gone according to the patriotic script. Yet here was a surefire populist morale-raiser. The campaign for a posthumous Victoria Cross was soon unstoppable.

The body was exhumed and a flag-draped funeral organized, complete with naval band, gun carriage and firing party. The local bishop and MP walked behind the coffin, followed by 80 youngsters from Cornwell's old school, fellow 'Boys' from the Chester, Boy Scouts (Cornwell had been a keen member) and locally-recruited military units. The mayor read the lesson. A sailor carried a wreath from Admiral Beatty.

As Cornwell's coffin was laid in the grave, a brass plaque was visible, inscribed with the words 'Faithful unto Death.'

A volley of shots was fired over the grave, a bugler played the Last Post, a floral tribute in the shape of an anchor was laid on the grave and the crowd sang 'O God Our Help In Ages Past'.

A letter-writer to The Times suggested that a picture of Jack Cornwell be displayed in every single school and an estimated seven million children bought a portrait of the boy sailor standing by his gun: the money funded a ward at the recently founded Star and Garter Home for disabled servicemen.

The story of Jack Cornwell's VC tells us as much about the state of the nation as it does about how a teenager behaved in terrifying circumstances. By the time of Jutland, the war which would be 'over by Christmas' had lasted two years and Britain was desperate for heroes.

Cornwell was soon a legend, commemorated in cigarette cards, posters and street names, the subject of a biography from the man who had previously ghosted the 'autobiography' of Edward VII's terrier, and had a mountain in the Canadian Rockies named after him.

But Jack Cornwell's posthumous status did not especially sweeten the
fate of others in his family. His father died of bronchitis a few weeks after the funeral. Jack's brother, Arthur, was killed in action in France in 1918. The following year, his mother, who had been skivvying in a sailor's hostel, was found dead at her home in Stepney. She then suffered the indignity of being buried under the wrong name. In the 1920s, two more of Jack Cornwell's brothers and two of his sisters emigrated to Canada. By that time, Britain had no further need for a hero.