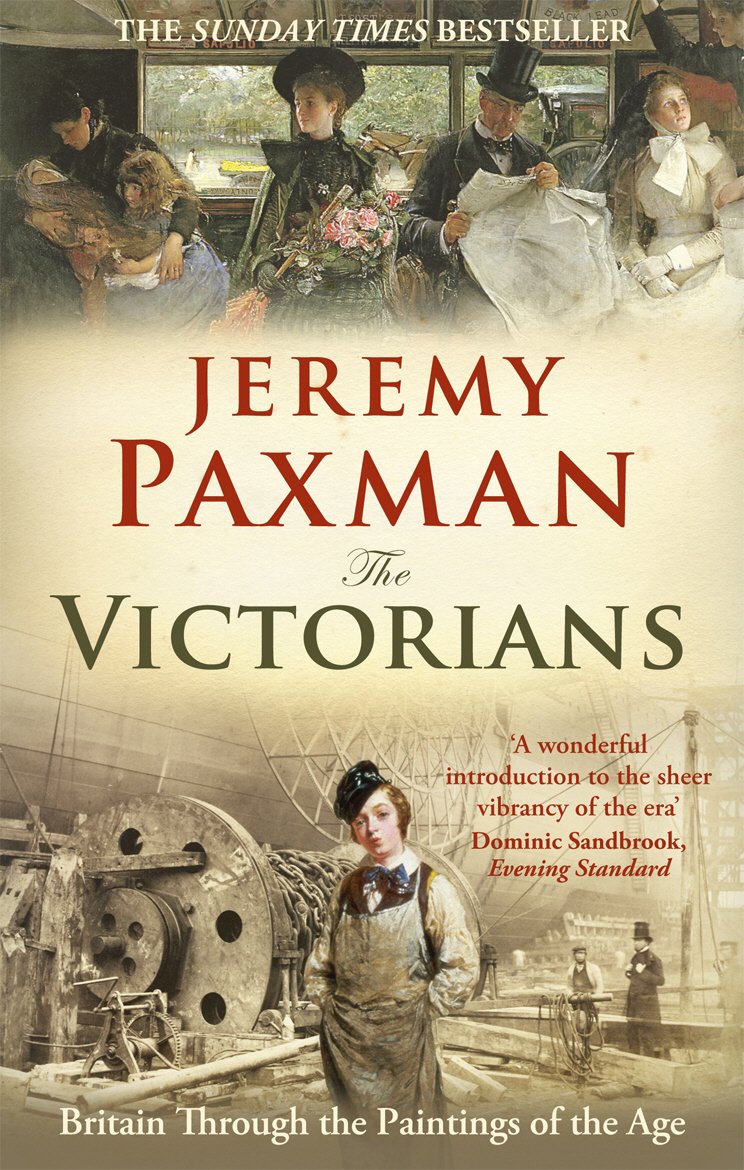 It's become fashionable to sneer at the moral certainties and gothic curlicues of the Victorians and under normal circumstances I would be first in line to join in. But in these difficult economic times, one cannot afford to sit back and let Andrew Marr present every history programme on the television and since he's covered just about everything apart from these dreary Victorian artists, you've got to take what you can get.

These pictures tell us stories about how the Victorians lived and as someone who has spent his entire adult life in journalism, I am interested for that reason. Does that sound convincing enough? And if you run all these stories together in a nebulous kind of way, you get a moving picture with me in it. OK. That's the rules out of the way, so let's get on. Fingers on the buzzer.

In the summer of 1851, William Powell Frith (1819-1909) went on holiday to Ramsgate and painted a picture of some plebs by the seaside.

This marked a seismic shift in Victorian social life, for after it had gone on display at the Royal Academy, where it was viewed by at least 37 people, millions of working-class people suddenly realised they were entitled to a holiday and the era of mass tourism and leisure began.

Art also began to transform society in other more fundamental ways. The mysterious appearance of the Manchester Murals by Archibald Fentiman Banksy (1823-2008) in 1849 opened people's eyes to the dreadful conditions in which many of the new urban working class were living. Indeed, many art historians now accept that without this new grimy realism writers such as Charles Dickens, whose reputation far exceeds his talent, would have been nothing more than average dispensers of Mills & Boon pulp fiction.

Hang on, I can't read Jeremy Vine's writing. Look, you don't imagine I've got time to look all this stuff up in the Ladybird Book of Victorian Paintings, do you? That's what my researchers are paid to do. Ah, it says, "Here's a load of paintings. Describe them in your usual condescending way." That sounds like a good idea. Here's one by Hubert von Herkomer with some Chelsea Pensioners. And here's another by Ford Madox Brown of people hanging out in the street.

One of the most notable social changes of the Victorian era was the emergence of a burgeoning middle class. This was made possible by the works of Gustave Doré, whose romanticised depictions of Streatham heralded a mass migration of the bourgeoisie to the suburbs. In a similar way, the works of Eyre Crowe, whose wild imaginings foresaw large machines in big buildings, were the foundation of the industrial revolution on which the British empire was built.

Of course, the Victorian aristocracy liked to use art as a symbol of their wealth and prosperity, which is why the well-off preferred Titian, but for the arrivistes there was plenty of tat on offer.

Pictures of imperial subjugation always went down a treat with the gentry, while the more metropolitan audience tended to prefer art of a more socially questioning nature. The greatest work of this genre is a series of 12 identical paintings, entitled Did You Threaten To Overrule Him? by Lord Turville, which exposed the cancer at the heart of the prison system.

The Victorian period ended in 1901, by which time the foreigners had finally caught up with us and started knocking off a few decent pictures. Even at their finest, though, the early work of the Impressionists lacks the skill and clarity of Burne-Jones, Millais and GF Watts - not forgetting, of course, Richard Dadd, whose remarkable masterpiece Away With the Fairies just about sums up this whole project.