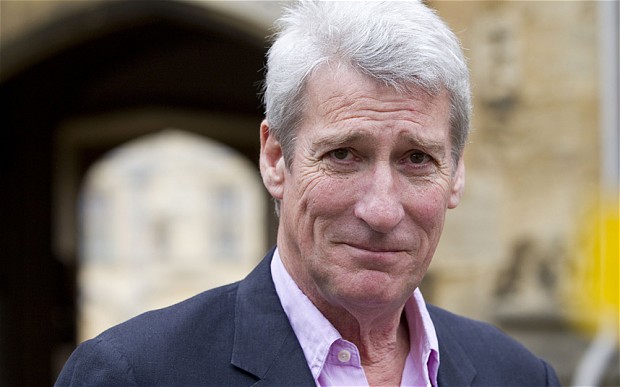 BM: How do you think we should commemorate the centenary of the First World War?

JP: We should mark it quietly and somberly. I think 1914 is a tricky date to mark because the only thing most people are aware of happening in that year is the start of the war. The real commemoration should come in 2018.

BM: Yes, but how do you pick, is it 1916, 1917 or 1918…? One of your “targets” in your book,Great Britain’s Great War, is not necessarily the teaching of the war, but you do focus on the role that the war poets have played in shaping how children learn about the war for the first time.

JP: I think that’s true. The First World War seems to be taught as much as poetry now as history, and a particular kind of poetry too. Not the poetry of Rupert Brooke, that naïve “if I should die…” stuff, but the anti-war poetry of Wilfred Owen and Siegfried Sassoon. I’m not accusing all teachers of being misguided, but I think there is something seriously wrong when you are teaching Blackadder Goes Forth as history. Blackadder is good comedy, not history. It is used as a teaching aid, or worse a way of keeping the class quiet, and I don’t think that’s right. If you go to the First World War Battlefields you will often see teachers instructing students to focus on the personal tale of one fallen hero from their locality, which is more worthwhile but the message is always the same “what a pointless waste”. And, it was a terrible waste, was it pointless? I’m not sure. I think that’s too easy a judgment to make.

BM: I agree with you on that. You use a very good phrase in your book, “the emotional tourism” which the battlefields have attracted. Obviously, there are a lot of people there for personal reasons or who are interested in history, but some of it you might say plays to that sense of the waste.

JP: You can’t fail to be moved by the battlefields. Especially if you’re there at this time of year, when a lot of people genuinely go to pay their respects. Although there are so few people left who were actually alive during the conflict. I actually did an interview with a 105-year-old woman from Hartlepool for a television series which is due to air next year. She remembered the shelling that occurred there in December 1914. She recalled it as clearly as if it was yesterday. These actual eyewitness accounts are extremely rare, as you can imagine. She was seven-years-old, it was early in the morning, and she could hear loud bangs so she said; “Mother, somebody is beating their carpets”. You know how they used to hang carpets on the line and beat them to get the dust out? Her mother said, “I don’t think so”, and then she looked out to sea, where she saw the flashes of the guns. There were three German battlecruisers that had got through the minefield. The next thing she saw was a torrent of people running along the sea front, desperate to get away from the shelling. She remembered parents dragging their children and mothers pushing prams. It was 17th December, so a lot of them were carrying tins with Christmas cakes in as they ran away from the shelling. Of course, they were no safer in the streets than they were in their houses. I think about 100 died, it was terrible.

BM:  You’ve called your book Great Britain’s Great War, which is an interesting title —you are obviously in no doubt that Britain saw it as a British war?

JP: Well, they were pretty late joining it!

BM: Many would argue it was a German provocation…

JP: Just because I called my book Great Britain’s Great War that doesn’t mean it was literally a great experience, as some idiot suggested the other day.

BM: Do you feel that the British people as they saw themselves then viewed this as a war that Britain was inevitably bound to join?

BM: In the book you set yourself the question of whether the British forces, and the volunteers who came later, were indeed “lions led by donkeys” as they are so often described. In your opinion the generals weren’t “donkeys” as they didn’t set out to lose so many lives and weaken their forces. What’s the best you can say of them?

BM: That is the battle in which your great uncle Charlie died wasn’t it, and it was the inspiration of Churchill.

JP: Once Churchill realised what a disaster it had become he quickly took himself off. It was a complete disaster because it was ineptly managed by a bunch of really rubbish generals, including one whose last job had been as the constable of the Tower of London, where the main activity is wearing fancy dress. There were some terrible generals, but I think the suggestion that they set out to lose battles goes too far.

BM: I don’t think that’s really what people think, aren’t they more accusing them of stupidity?

JP: Everyone was stupid!

BM: All right then, sustained stupidity. The great charge is—the first day of the Somme, on 1st July 1916, when 60,000 British soldiers were wounded in a matter of hours, 20,000 died and you make a good case in the book about just how bad the communications were. Nobody could have known what was going on. But then this grand scale loss of life was sustained for months and months.

JP: Fair enough. The accusations against the Generals were that they were unimaginative; which I think is probably true. There were some imaginative conceptions of which the Dardanelles venture is one, almost all of which failed. Were they callous? I don’t find much evidence to support that, and actually some were very protective of their men. Were they relentless? There was no choice. The stagnation of trench warfare was an entirely new experience and nobody knew how to break through it and all these weapons—whether they were tanks, gas or flamethrowers, or the development of the use of airplanes—they were all attempts to somehow break the stalemate. And tanks were eventually successful. So everyone was desperate to find some way forward. What is your alternative? What were they have supposed to have done?

BM: Not repeatedly thrown human lives at the problem, I think that would’ve been the counter charge. But, the point you make about technology clearly is correct. When British troops first went over to France in 1914, cavalry and bayonets were among their armoury—just a few years later they had aircrafts that could fire forwards between the propellers, tanks and so on. So you’re right to point out this vast change, but the real charge against the generals is their persistence in using tactics throughout, particularly from 1916 to 1917, that clearly weren’t working.

JP: At what point, had you been a general in that situation, do you decide that your tactics aren’t working? The German trenches were often in a much better condition than the British trenches. Would you then say, we’ll just sit here for another few years? Or you would say, clearly what we need is a more intensive artillery bombardment, or we need to attack this way or that way, or we need three times as many men.

BM: Or you might say, we’ll wait for these weapons we know we’re developing. Ok, that’s the benefit of hindsight. But this is one of the questions which torment people, and one of the things I liked about your book is that you attack those difficult questions head on.

BM: So, being considered an entertaining general involves killing that many people so quickly?

JP: You cannot have an army commanded by people who have no offensive spirit.

BM: You say, nothing is worth three quarters of a million lives, almost nothing. What do you think we should now think of this war?

JP: Well the problem is always knowing the outcome, isn’t it? How many lives was it worth to stop German domination of the continent? Was the Second World War worth the number of lives to stop Nazism? You know there’s a case to say it was.

BM: I’ll hesitate less than you seem to be. In my book, yes in both cases it was worth.

JP: In both the First and the Second World War?

BM: Yes in both the First and Second World War. And I’m not making light of other people’s lives at all. I have skepticism about the Generals, which you don’t, but yes, we would be living in a very different Europe and a very different country now.

JP: The difficulty is, we know what happened afterwards. We know there was another one. It wasn’t the war to end all wars, and that’s the real difficulty we have, I think.

BM: And yet we can still ask questions about what Europe would be like if Germany had been setting the terms of victory. Do you feel it really was a victory?

JP: Yes it was a victory. But 2014 is not the time to celebrate a victory, which occurred in 1918, is it? And I’m not sure 100 years on there’s much point in celebrating it anyway—it would be rather artificial and a bit vulgar wouldn’t it?

BM: You end with a phrase, which I quoted in Prospect; “The war is the great punctuation point in modern British history, the moment when the British decided that what lay ahead of them would never be as grand as their past, the point at which they began to walk backwards into the future. It was the beginning of British decline.”

JP: The British Empire was bigger after the First World War than it had ever been or would ever be. You and I have both grown up through a number of Imperial declines, so we’re accustomed to a narrative about a country that is constantly shrinking on the world stage. I think the first glimmerings of that decline perhaps came after 1918, when the euphoria of victory had dissipated.