The European referendum has energised people 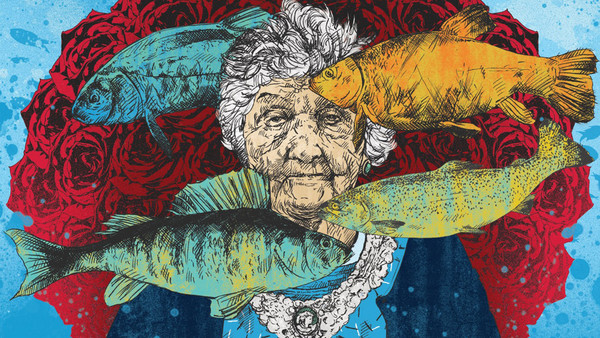 Considering the familiar lament that “people really don’t care about politics” it is remarkable the extent to which the European referendum has energised people. No one seems to be talking about anything else.

Oddly there did not even seem to be any resentment when those of us involved in making a BBC film about what had happened to national sovereignty switched off the football match on the television in an upstairs room in a pub to watch our documentary — and inadvertently flipped the TV channel in the main bar. I cannot prove the football fans were rapt by our explanation of the Byzantine governance of the European Union. But there wasn’t a squeak of protest.

Soon we will all be bored, of course. That will be the point at which both sides need to worry. Since the mess they made of the Scottish referendum and the last general election, no sensible person believes opinion polls any longer.

But without some hint of sentiment elsewhere, we are all prisoners of our own anecdotes, and the stories told in Guildford are very different to those in Goole or Glasgow: we only know what we know. It is unfortunate that the essential choice comes increasingly to resemble the characterisation of the English civil war in the book1066 and All That, between one side that is “Wrong but Wromantic” and another that is “Right but Repulsive”.

There is an undercurrent of resentment in all this. Making decisions is hard and the requirement to reduce the world to simple-minded binary choices is one we usually outsource to politicians. Why bother to vote for a government if they pass the buck when things get tricky?

They were even discussing Brexit at the Chelsea Flower Show. The majority of visitors were, of course, past the prime of life, for gardening is something you tend to enjoy once you have realised the vanity of ambition. But it is still hard to see why the activity is seen as frumpy. Of course there were some dull exhibits and designs. But there were others that struck me as quite as much fun and as creative as anything one is likely to see at Tate Modern. Of all the months, May is the one that feels most filled with promise, and the flower show celebrates potential — something you might think most oldies have little time for. Blue skies, seductive flowers and encouragement to imagine the future — how long before someone writes that “gardening is the new rock’n’roll”?

On Tuesday, I had to go to Amsterdam, a city where young people on bicycles exercise a particular tyranny. Yet — like many prosperous European nations — a growing proportion of the population is elderly.

The only positive remark I have ever heard about growing old was from the jazzman, George Melly. “The consolation is losing your libido. It’s like being unchained from a lunatic.”

He got the libido perfectly. To this benefit I think one must add: not giving a damn what people think of you.As it happens, I am reading the Dutch bestseller, The Secret Diary of Hendrik Groen, 83¼ Years Old, in which a care-home resident chronicles a year of creaky joints and bad behaviour. The idea is a rip-off from the Adrian Mole books and, although it is harder to be funny about world-worn old people than about a teenage boy with a thunderstorm in his pants, it has a fine, idiomatic translation, and in places is very funny.

An ageing population is part of the small change of political debate across Europe. Yet no one ever proposes to do anything about it, apart from encouraging immigrants from across the world to come and look after them. The problem is that the political class is in thrall to the elderly, who they know will make the effort to exercise their vote. But it is young people who must work to fund the care of the elderly. Here is a suggestion. Instead of lowering the voting age to 16, why not have a cap on it? No one over 70 would be allowed to vote unless they were paying direct taxes.

We need to reverse the cry of the US revolutionaries: no representation without taxation.

I escaped to Hampshire on Wednesday to go fishing on the Test. In fly-fishing circles, this time of year is known as “Duffers’ Fortnight”, because when the mayfly hatch, the chalk streams explode in a frenzy of feeding trout. Izaak Walton called fishing “the contemplative man’s recreation”, although there did not seem to be much contemplation this week.

It was no surprise to discover that most of the other lunatics stumbling around the riverbanks were not in the first flush of youth.

But, like the rivers, if the pursuit is to survive, it needs a constant stream of energy. Fathers used to take their children, but now there are too few young people taking it up.

Official propaganda tells us our rivers are in good shape. It’s a half-truth — the abstraction of water to sustain a growing population and deposits of agricultural chemicals threaten the greatest damage to rivers since the industrial revolution. “Remainers” hope the young will break with their habit of electoral apathy and vote to stay — but how to persuade them that rivers are a cause worth fighting for.