Cull the grey vote — it is an affront to democracy 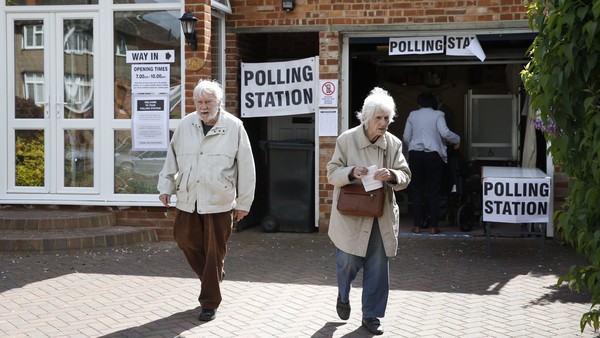 It was “like addressing sheeted tombstones by moonlight”, said Florence Nightingale’s friend Sidney Herbert, after speaking in the House of Lords. We should never be surprised by the things said or done in those Elysian Fields.

The latest folly from this assembly of has-beens is to conclude that the way to fix what is wrong with British politics is to allow 16-year-olds to vote. This is like looking at the photograph of St Paul’s Cathedral in the Blitz and concluding that it needed better scaffolding.

There is something intensely comical in an unelected bunch of old people opining on how extending the franchise to young people might improve our democracy. How about requiring anyone who wants to legislate to have first to undergo the indignity of standing for election?

Still, consider what the unelected worthies suggest: that 16- and 17-year-olds be allowed to vote in the referendum on whether Britain should remain in the EU. The government is against the idea because, among other things, it would require extra time to register the new voters, limiting its room for manoeuvre on the referendum date. It is not much of an argument.

Young people will have to live with the consequences of the decision long after Prime Minister David Cameron, Labour leader Jeremy Corbyn and the rest of us (I am 65) have joined the celestial choir singing “Ode to Joy”.

Perhaps there is an argument for letting 16-year-olds have a say. They can, after all, marry, pay taxes, claim benefits or join the army. On the other hand, we do not allow them to gamble, buy cigarettes or alcohol or to serve on a jury. The 2010 Sunbeds (Regulation) Act bans them from using tanning salons. Society cannot decide whether they are children or young adults. If they are to come of age at 16, they will have to get a grown-up to buy the booze for the party.

If 16-year-olds are to be allowed to take part in a referendum, there is no reason why they should not vote in general elections. And why stop at 16? After all, Britain has the lowest ages of criminal responsibility in Europe (10 in England and Wales, eight in Scotland, compared with 18 in Luxembourg and Belgium).

Their lordships are right: the political system favours the elderly. There are fewer than 6m people aged 18 to 24 in Britain, but more than 11m aged 65 or older. Some scarcely know what day of the week it is, yet their ballot papers are worth the same as a Cambridge professor’s. And politicians know that older people are much more likely to vote — as one put it to me privately, “there’s not much else going on in lots of their lives”.

The grey vote is the one constituency no politician dares to offend. Bus passes? Certainly. Free television licences? Of course. And the number of elderly voters grows year by year.

Pollsters say some stupid things but I am inclined to believe them when they say that in Britain young people are less excited by politics than elsewhere in Europe. One reason is the remoteness of parliament, now colonised by a curious sect who have made the getting of political office their obsessive concern. The young have other things on their minds; education, mating, music and finding somewhere to live are more important to them than to old people watching their bungalows increase in value while they moulder away inside.

At the heart of the issue is responsibility — the counterpart to rights. It is easy to see why parties like Labour and the Scottish National party believe in lowering the voting age: they think most young people will vote left. Yet these are the parties that do not trust young people to act responsibly; hence the nannying about tobacco, alcohol and sunbeds.

But are the old people, whose interests increasingly dominate politics, responsible? “No taxation without representation” are watchwords of democracy. Perhaps the formulation should be reversed — no representation without paying taxes. Why should those who no longer make a contribution to the state be allowed a disproportionate role in choosing governments, which forces others to pay the taxes to keep old people in the style to which they feel entitled? The solution is not to lower the voting age but to cap it.

More sensible to make an explicit connection between working and voting (while recognising the needs of the working-age sick and disabled and stay-at-home mothers). A decent society is one in which those responsible for compassionate actions, such as pensions or healthcare, are those who pay for them.

Members of the House of Lords are not allowed to vote in elections. They should have the vision to see that the privilege of not taking part ought to be accorded to everyone who has passed their sell-by date.
Jeremy Paxman is an FT contributing editor.