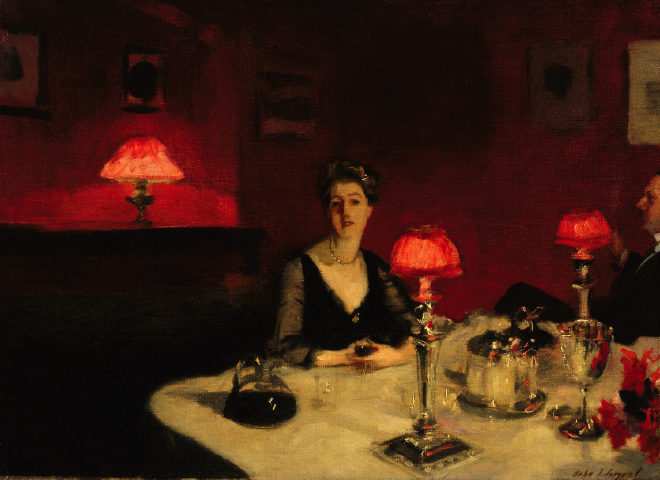 I have spent much of the past few days being asked why I was so beastly to Ed Miliband and David Cameron. My answer is that if they can’t cope with a pipsqueak journalist, they’re definitely not fit for Number 10.

Viewers will make their own minds up about how they fared in the televised encounter in the run-up to next month’s UK general election but I am struck by the presumption of the pollsters. Absurd significance seems to be paid to instant polling, which is necessarily the preserve of victims of Red Button Madness. But I’m not even sure we should give the attention we do to that oxymoron “proper polls”. It seems to me that, after the panicky mess they made of the Scottish referendum (a result of 55 per cent to 45 per cent being, according to some of them, “too close to call”), most pollsters should think about getting another job.

The most sensational controversy of recent days, apparently: did Kim Kardashian copy her blonde hair colour from a Serbian pop star not exactly at the forefront of our minds, and was it really a wig? In an age when the world is made aware within hours that a celebrity for celebrity’s sake might have been using hair dye, I find myself wondering whether we really need to know what people look like at all. Does familiarity with the physical appearance of anyone help or hinder our understanding of them? Winston Churchill’s bulldog face may have enhanced his rhetorical fortitude. But is Vladimir Putin’s taste for appearing like Mr September in The Cage Fighter Calendar anything but comical? He might believe so but I’m not sure his pecs impress us any more than Angela Merkel’s homely dumpiness.

The thought came to me at the rather marvellous John Singer Sargent exhibition at London’s National Portrait Gallery, which is stuffed with paintings of his friends. There is something beguiling about the sense of shared conspiracy evident in so many of the expressions, which is what makes the exhibition special.

To please their publisher, every 21st-century author is expected to tweet, pose, profess a suppressed enthusiasm for roller-skating in a tutu or to be available for any other absurd stunt concocted by a newspaper. But we no longer know the faces of 19th-century artists, and discovering what they looked like is slightly alarming. Take Sargent’s portrait of Auguste Rodin. The French sculptor’s long, unkempt beard makes him look, in my mind at least, like a tramp. Coventry Patmore appears the very average poet he is.

And I wonder whether we appreciate Robert Louis Stevenson any better for discovering that his consumption had left him with a strange look in the eyes, like that of a serial killer.

Apart from trying to persuade desperate authors to go naked trampolining with Gerry Adams, one of the things publishers do to gee up sales of new books is to send out advance copies. Since much of publishing seems to be less well-managed than the proverbial whelk stall, multiple copies of How To Pluck and Gut a Grouse in Five Minutes are generally sent to life-long vegetarians.

But I thank heartfully whoever decided to post me Clive James’s latest collection of poems. I have always been rather scared of this philosophical Ned Kelly, with his armour of aphorisms. A reckless confidence underpins Sentenced to Life. But the poems speak of a sickly man almost on his last legs. James is dying of leukaemia yet there is hardly a trace of self-pity in the poems, which are infused with an unblinking honesty. Too often, contemporary poetry seems to be no more than the accessory to a lifestyle choice. There is an energy about James’s clear-eyed reflections on his looming departure that makes these poems unignorable.

It’s especially poignant because there seems no better time of year to be alive than these too few weeks of spring. The first blossom is in the hedgerows, the daffodils and primroses are up and the sense of promise is everywhere. I was walking the dog early this morning, watching a pair of buzzards wheeling in courtship in the sky, thrilled to hear a song thrush to my right, and to my left, the hammering of a woodpecker trying to summon a mate. Suddenly, a muntjac deer burst from the undergrowth and shot across the path in front of me. The dog disappeared in excited, pointless pursuit and I hadn’t the heart to call it back.

Scam corner. FT readers are still generously explaining how the Lost Italian Offers You Free Suit racket, featured in a previous Diary, works. Some, it turns out, have even been taken in by it. The moral is a variant of Laocoön’s advice at the siege of Troy: Beware Italians Bearing Trousers.

In Tunis recently, I was intrigued by another racket: young men producing pound coins and asking if I could please change them into dinars. The British coins must be counterfeit, I thought, and then later brought back to this country by returning tourists. To judge by the number of times some stupid parking meter rejects a coin, the quantity of fakes in Britain certainly seems to be growing. So when I returned home I called the Royal Mint to try to discover whether I was right.

To judge from its website, the Mint’s main current preoccupation is selling expensive commemorative coins for 2015, The Year of the Sheep. (No, I had no idea, either.)

Well, it turns out that they’ve discovered that about 3 per cent of £1 coins are forgeries. Which is why a 15-year-old lad from Walsall will have the thrill of having won a design competition and seeing his version of a new pound coin coming into circulation in a couple of years. As a teenager, he’s far too young to have had the most similar-shaped coin I can think of — the old threepenny bit, in circulation from 1937 until decimalisation in 1971 — wearing a hole in his trouser pockets. Still, I wonder how long it will be before north African forgers are knocking out copies.