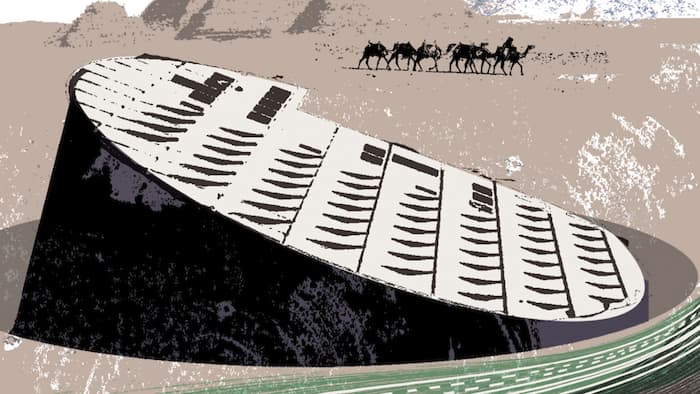 “Lovely to see you! Let’s sit down,” said my host. “Please could you give me your phone?”

I handed it over and he left the room with it, returning empty-handed a few minutes later. “We’ve all learned to be careful,” he explained. “You’re never sure who might be listening.”

I hadn’t been in Cairo for a couple of years and liberals’ exuberance at the Arab Spring seems to have well and truly vanished. When I left a couple of hours later, the phone was strangely cold. It had been shut in the fridge.

It would be comical, were the background not so terrifying. The Egyptian interior ministry explained last week that the grotesque abduction, torture and murder of Giulio Regeni, an Italian postgraduate student, had been the work of a criminal gang. The gang specialised, the ministry said, in impersonating policemen. The crime was settled now, though, because the real police had shot the fake police very dead.

I was more than usually sensitive to the issue of abduction, having just read a proof copy of the Libyan novelist Hisham Matar’s new book, The Return, which is to be published in June. It tells of his journey to Libya after the Arab Spring to try to discover what happened to his father, who had been kidnapped by “colonel” Gaddafi’s thugs. Death — even violent death — is one thing. A permanent, unexplained absence is another. “I envy the finality of funerals,” he writes. “I covet the certainty.”

Matar, a gentle man with a bookish air, is a delightful writer, and the book bristles with arresting wisdom, alongside some chilling insights into what the Gaddafi regime was really like — how ashamed those of us who laughed at him should be.

One’s stomach slightly heaves to recall the pictures of Tony Blair embracing the dictator in 2007.

That was supposed to be “constructive engagement”. But the destructive engagement that followed the 2010 UK election wasn’t much more effective. Downing Street were displeased the other day when President Obama remarked on how gung-ho Britain and France had been for destroying the Gaddafi regime, but lost interest once he’d been deposed and the country slid into chaos. I don’t suppose David Cameron or Nicolas Sarkozy will lose much sleep reflecting on the days when they had themselves flown into Libya to bask in the gratitude of “liberated” Libyans who now find themselves citizens of a failed state ruled by armed gangs. But it is a very sorry tale indeed. More and more, Colin Powell’s appropriation of the china-shop motto, “If you break it, you own it”, seems a responsible approach to military adventuring.

One of the things that has happened since the failed revolution in Egypt has been a spike in the number of marriages. I heard a few different estimates of the size of the population of Cairo, varying by millions. Whatever the true figure, it is too many: the city is one enormous traffic jam. Most British driving instructors teach “mirror, signal, manoeuvre”. The Cairene version is “honk, swerve, throttle”. It is deafening and, in its way, quite exhilarating.

As for the rubbish piled up on every corner, the Egyptian Gazette — a daily dominated by photos of men in suits sitting in chairs chatting to other men in suits — discloses that much of the problem has been caused by a decision to modernise trash-collection. Apparently, the job was traditionally done by zabaleen, rural migrants who went door-to-door collecting rubbish.

In the swine flu panic of 2009, the zabaleens’ pigs, which ate the organic waste, were slaughtered, while rubbish collection was outsourced to foreign refuse firms. It clearly doesn’t work very well.

I took the opportunity while in Eqypt to visit Alexandria. There are other romantic-sounding cities in the world — Xanadu or Samarkand, of course. But Alex is certainly in the top 10. The lighthouse, which was one of the seven wonders of the ancient world, was long ago destroyed by earthquake, but there has been an attempt to create a modern counterpart to the city’s other great edifice, its library. It is a stunning building, looking out across the Mediterranean, its vast roof shaped like an enormous tilted sundial and its granite walls inscribed with characters from more than 100 languages. Ptolemy’s ancient library — burnt down 2,000 years ago, and forever a symbol of the eradication of learning (it was reputed to have been the biggest library in the world) — is a hard act to follow. Still, it’s a brave stab.

Alexandrians are clearly very proud of their new building, and so they should be. But there is something odd about elaborate buildings to hold books. The point about books is the doors they open in your mind.

When you visit the Museum of Egyptian Antiquities in Cairo, which looks permanently down-at-heel, despite its amazing collection, you begin to wonder whether, increasingly, spectacular modern buildings are being used like the old trick in which you give someone a present with endless layers of wrapping and nothing much inside. Daniel Libeskind’s wonderful design for the Imperial War Museum North comes to mind.

Yet museums and libraries are the cathedrals of our secular times — and perhaps there were a few sceptics around even when they saw the cathedrals at Salisbury and Notre-Dame being topped out.