It’s only a beard but it’s a big burden 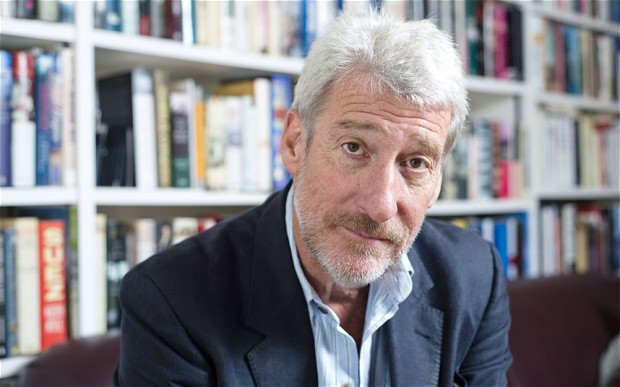 The thing is, I don’t normally like beards. A shave makes a clean start to the day and forces you to stare at the ravages of the night before. It is an occasion for resolutions.But it is also a waste of time. At a rough guess, I calculate that all those five minutes every morning have devoured months of my life.

Beards, on the other hand, are itchy when they’re growing and — unless you’re careful — grubby when grown. You’re bound also to worry about what other daily ablutions have been abandoned to save a beardie a minute or two. It’s not surprising that 21st-century facial hair is the province of the dodgy geography teacher. And hardly anyone with a beard can forbear stroking it, which looks a bit — er, onanistic.

But beards undeniably speed the journey from bed to breakfast. They cover a multitude of chins. They spare you having to look in the mirror at the ravages of time, absolve you of pointless, never-to-be-acted-upon promises to yourself, and they remind you that you’re not going into the office today. Beards promise freedom.

So it took only a matter of moments to decide that this summer’s holiday from the razor might as well be allowed to last during my contribution to the annual exercise in making-bricks-without-straw, which is summer in the news business.

I should have paused to reflect further on the bricks-without- straw side of things. “Man Doesn’t Shave” is a gift for members of the National Federation of Newspaper Columnists. What was more astonishing in this week’s storm in a shaving mug was the way that allegedly serious outlets took it up.

That the lovely Martha Kearney chose to discuss it on The World At One was clearly just jealousy.But the Today programme’s invitation by email to take part in a debate?

Soon, international television channels were bombarding the baffled residents of Ulan Bator with thoughts on the place of beards in public life. (Having spent the day trying to pull three donkeys and a cartload of cement out of the mud, a friend in Kenya trying to catch up with world events had been, he texted, “a bit perplexed”.)

I had not seen it coming. A couple of colleagues on Monday had idly — if a little incredulously — asked: “Are you going to wear that on air?”

This I attributed to the corporation’s very obvious conviction that the only beards allowed on screen belong to characters like Uncle Albert in Only Fools and Horses.

This may explain why beardies seem to consider themselves an oppressed minority.

After the Twitterstorm that followed Monday’s Newsnight, one lot of facial topiary after another called out “good on yer!” or “don’t shave it off!” as I walked down the street.

I suppose Freemasons must experience a similar thrill as they exchange secret handshakes.

I had joined a section of society that I fully expect — indeed I demand — merits the sort of legal protection accorded to other minorities.

They have a point, I suppose.

By and large, the higher you get up the tree, the less facial hair is on display. When I knew Charles Clarke at Cambridge, he looked like Moses.

By the time he was Labour home secretary, his beard had been trimmed to look like the fluff on a baby’s bottom. I suppose it was something to do with Tony Blair’s reinvention of the party. Cherie must have had Things To Say about beards.

Yet at the height of Britain’s eminence, everyone from Charles Darwin and John Ruskin to Lord Tennyson and Charles Dickens wore one. Birds might have nested in WG Grace’s, and Lord Salisbury became prime minister three times despite the fact that half his face was invisible. Even the dullest Victorian bureaucrat believed facial hair gave authority.

The last foreign secretary with any hair on his face was Robin Cook, and his beard was a weedy little thing. A man with an apology for a beard spoke for an apology for an empire. The current Foreign Secretary hardly has any hair on either pate or face.

Britain was hauling down the flag all over the world when I and others eagerly lined up in the school washrooms to examine whether we could claim to need a shave. It was a rite of passage, and speaking for myself, we looked forward to it. What sad suckers we were.

The weirdly named King Camp Gillette was on to something big with the invention of the safety razor, which surely is the reason for the decline of beards. Yet you’ve no sooner bought one of his firm’s products than you’re spending many pounds more on replacement blades. It’s the same sort of racket as the endless need to replace printer cartridges.

Vanity keeps men paying, of course. And I cannot deny the pull of the razor. “If it was a good look, you’d have it all year round,” one friend observed of my new beard. “It makes you look older.” If you’re 63, this is not necessarily a good idea.

Wilfrid Brambell played Albert Steptoe when he was only 50, and it was the beard (now I come to think of it, not very dissimilar to my own) that made him plausible. Would we have believed he really ate pickled onions in the bath had he been clean-shaven? Of course not.

For a glorious few days, I have been a poster-boy for a shadowy group called the Beard Liberation Front, which claims that facial hair invites discrimination.

The organisation seems to be run by a notorious north London letter-writer called Keith Flett, best known for his crucial role in the Campaign for Real Conkers.

I’m finding it quite a heavy burden.