Why must Songs of Praise chase advertiser-friendly viewers? 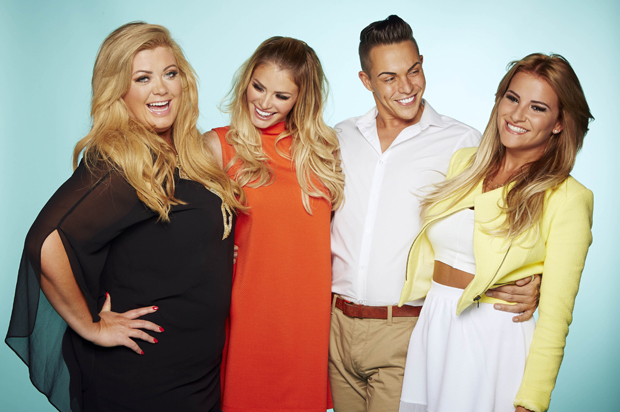 The most unfashionable show on television, Songs of Praise, has had a makeover. The BBC had apparently discovered that the average viewer of the show was in their mid-seventies. Quelle surprise: in the trade it is known as ‘The Resurrection Show’, because so many participants shuffle off their mortal coil before transmission. The new version was introduced by a bubbly presenter with hair dyed a fetching shade of cerise, slightly talking down to us. It ended with a cheery roomful of Salvationists and a brass band. I rather liked it, even if I had switched on wondering why publicly funded religious broadcasters were chasing the advertisers’ target demographic. Actually, I think it’s rather bold of the producers to tell us the average age of their viewers. The same ought to apply to all television programmes. Here’s my hunch: Match of the Day — mid-forties men. News at Ten — both sexes, but skewed male and slightly older. Gogglebox — thirties and forties, not entirely sober. The Only Way is Essex — mid-twenties, both sexes, but with much of their brains removed.

The couple of hundred members of the University of the Third Age whom I met this week, by contrast, seemed to have almost all their faculties, if few of the characteristics deemed so important by advertisers. But when higher education has become more business than vocation, this unsung, unglamorous organisation seems to me much closer to the spirit of what learning ought to be about. For £50 a year you can attend any course you like simply because it interests you. There is occasional talk of the U3A entering a team for University Challenge. But I’m afraid they’ve no chance on the buzzer.

Wednesday morning we learn that, at last, MPs have done something sensible for those of us sadly watching the slow death of the English pub. Publican after publican has been telling the same story for years, of spivs from rapacious ‘pubcos’ driving them to penury through a beer-buying arrangement more suited to the truck shop on a slave plantation. The vote to emancipate landlords was against government wishes. It’s also a small step, perhaps, in convincing MPs to do more than rattle their chains. Let’s hope it presages more independence. Our Parliament would be a better place if the tyranny of the whips could be overthrown.

An email from my agent: ‘The man who invented predictive text has died. I didn’t even know he was I’ll.’

Come and visit your taxes at work in Belfast

To Belfast, for quite a jolly dinner. If you ever wonder what happens to your taxes, I recommend a visit to Northern Ireland. When I first lived there, during the Troubles of the 1970s, it was hard to imagine a more benighted place (literally so in troubled parts of Belfast, where all the streetlights had been shot out, blown out or switched off). On Thursday evening the centre of town was alive with Christmas lights, and the streets bustling with shoppers, Romanian Big Issue sellers and people turned that weird shade of orange which tanning salons think attractive. Outside City Hall, a Christmas market offered the odours of 40 varieties of food you could not think of eating.

The dinner was in what is now called the ‘Titanic Quarter’. There seem to be at least half a dozen ‘quarters’ of Belfast, but that’s inflation for you. Forty years ago, the area was known as the shipyard. All that remains are the giant yellow gantries. For years, governments poured in public money to try to secure the thousands of shipyard jobs, before throwing in the towel in favour of the modern cure-all, ‘leisure’. And to be sure, the building is astonishing and the displays imaginative. Harland and Wolff must have built thousands of vessels, but Titanic is the only one most people have heard of. Whatever the loss of life, that iceberg did the city a huge favour. They should call it the ‘Iceberg Quarter’.

Saturday I finally got around to addressing one of those blindspots which never quite seem worth bothering with. It was St Cecilia’s Day. But who was she? Apart from knowing that she’d inspired a wonderful mass by Gounod, and having once had to plough through Dryden’s ‘Song for St Cecilia’s Day’ in an exam, I had no idea. I looked her up. Odd bird. She is revered for having persuaded her husband not to consummate their marriage, which — understandably perhaps — led him to seek the solace of religion. Despite an executioner swinging an axe through her neck three times, Cecilia somehow survived for a further three days. She had previously spent a day and night sitting in a bath of flames, without breaking sweat. When she died, her body did not decompose. She’s the patron saint of music. She’d have made a perfect presenter for Songs of Praise.