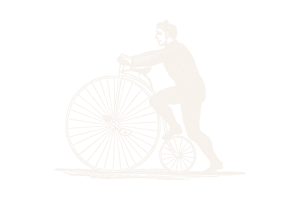 BRITAIN THROUGH THE PAINTINGS OF THE AGE

“You see, Tom... the world goes on at a smarter pace now than it did when I was a young fellow... It’s this steam, you see, that has made the difference.”

The Victorians' legacy is all around us. They shaped our world, and it shapes us. 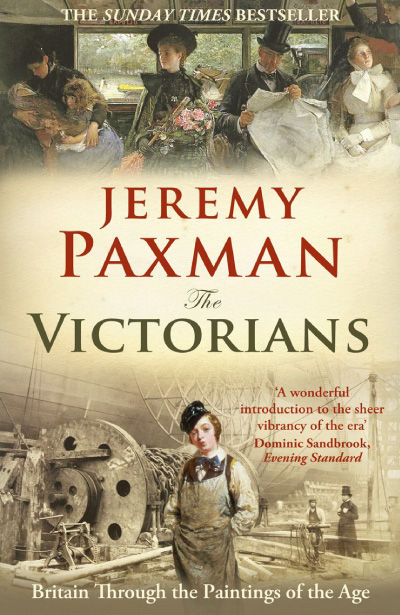 Jeremy Paxman's unique portrait of the Victorian age takes readers on an exciting journey through the birth of modern Britain. Using the paintings of the era as a starting point, he tells us stories of urban life, family, faith, industry and empire that helped define the Victorian spirit and imagination.

To Paxman, these paintings were the television of their day, and his exploration of Victorian art and society shows how these artists were chronicling a world changing before their eyes. This enthralling history is Paxman at his best - opinionated, informed, witty, surprising - and a glorious reminder of how the Victorians made us who we are today.

These paintings tell us stories. As someone who has spent all his working life in the business of journalism, I am fascinated by them for that reason. The artists of the period – people like William Frith, Elizabeth Butler, Ford Madox Brown and Edward Landseer – helped the Victorians adjust to new realities, taught them to celebrate the places where they were now living, provided moral guidance and connected the whirling, noisy present to a suddenly distant ancestral past.

Victorian artists reflected the character of their age, where energy, confidence and wealth co-existed with anxiety, doubt and querulous debate. The distant views of the reeking chimneys and grime of Leeds and Manchester or of throngs of ships moored on the Clyde and Mersey portray a time long gone. But human emotion is unchanging: the suffering and fear of ordinary soldiers in wartime are no less raw now than when Lady Butler set out to reconstruct the battlefields of the Crimea. Love is as exuberant and as painful as ever. Families still seethe with loyalty and resentment. Even the flights of fantasy of a Burne-Jones or Richard Dadd speak to the corrosive uncertainty which emerged in the Victorian period and which remains the great characteristic if our time.

Many of these paintings have a cinematic quality to them, as if they are still frames from a movie. But the coming of the cinema spelled the end for the kind of story-telling pictures that these artists had painted for so long. The physical legacy of the Victorians is all around us. We walk their city streets, rush through the railway stations they engineered, and live in the houses they built. They shaped our world, and it shapes us. We take it for granted. But the paintings of the time provide a striking insight into Victorian social history. They show us what it must have been like to live in a rigidly structured society, to acknowledge an imperial destiny and to wrestle with doubt, to huddle in the snow waiting for admission to a night shelter.

These under-appreciated paintings hang on the walls of galleries across the land. And they belong to all of us.

“ A wonderful introduction to the sheer vibrancy of the era ”
Dominic Sandbrook
— Evening Standard —
“ A real contribution to art history, introducing the reader to a rich mix of the familiar and the unfamiliar ”
A.N. Wilson
— The Guardian —

“ Images purporting to deal with the raw stuff of Victorian life, however, were always in a minority: the successful mill owner was more likely to commission a portrait of himself or his family than he was to hang upon his walls some gloomy representation of the miserable lives of his employees ”

The creation of modern britain

In my childhood it was generally agreed that the adjective 'Victorian' meant stuff, buttoned-up, gloomy, cold, mawkish, prudish and hypocritical. Victorians wore dark, uncomfortable clothes and had dark, uncomfortable values. They inhabited a world of smugness and draughty corridors. They shrouded the legs of pianos in case the turn of a piece of wood might trigger lascivious thoughts. If you were describing where someone lived (and the house where I spent many of my early years fits the bill) you might, without thinking about it very much, add the extra adjective. 'He lives in that grim Victorian house down the road.' No one disputed your right to make such a value judgement. To our eyes, the Victorian house does look grim, gothic and forbidding, designed less to welcome or comfort than to impress.

The curious thing about this prejudice was that a dislike of the taste of the Victorians ran alongside the painful recognition that the country they had created had enjoyed a much better standing in the world than the one in which the inhabitants of Cold War Britain spent their lives. We were like children railing against unfairness, screaming 'you'll be sorry'; it strikes me now that so much of this dislike was the consequences of the fatuous sense of perceived injustice. The Victorians had made our world, but we didn't feel much at home in it. We weren't quite sure what the new world would require (we're no more certain now) but we were quite confident that, whatever it was, it wouldn't involved the moral certainties and gothic curlicues of the Victorians.

It has been the odd destiny of the Victorians to have created modern Britain, only for modern Britain to sneer and spit at them. In reality, of course, the reputation of the age rises and falls not on its own intrinsic merits but on the tastes and prejudices of the point from which it is viewed. Our attitudes have yet to escape the long shadow cast by the superiority of the Bloomsbury set. As the cartoonist and nineteenth-century enthusiast Osbert Lancaster once observed of the Victorians, 'in the twenties they were deemed comic because they were good husbands, in the thirties they were thought shocking because they were bad employers.' By the 1960s, they were just an irrelevance.

And so an astonishing world began to vanish. Entire streets of terraced houses were bulldozed. Municipal buildings, public bath-houses and schools were laid to waste. The General Post Office on St Martin's Le Grand, with its thousand radiant gas lamps, was demolished as early as 1912. The London Coal Exchange had a date with the wrecker's ball in the 1960s, swept away to allow for road-widening work in the City of London. With its central rotunda and towering dome, its 40,000-piece wooden floor inlaid in the shape of a mariner's compass, its tiers of balconies, dealers' offices, its wind dial to determine when the next shipment of coal might arrive, this, surely, was a building that might have belonged in Harry Potter's Diagon Alley. It was flattened.

The same fate befell the grandest monument of the railway age, the magnificent classical-revival arch which greeted travellers at Euston station. The contractor charged with levelling the thing offered to find an alternative site for the arch, but, no, the government decreed it must be destroyed. The remorseful contractor commissioned a silver model of the arch and presented it to the president of the Victorian Society, who remarked that the gesture 'made him feel as if some man had murdered his wife and then presented him with her bust'. The rubble of the arch, meanwhile, was tipped summarily into the bed of the River Lea. In this sort of atmosphere, the best that a conservationist might hope for was mere indifference, of the sort that befell the Midland Hotel, the spectacular building designed by George Gilbert Scott at St Pancras, with its clock tower, turrets, gables and pinnacles: what had once been the grandest hotel in the empire subsided over the decades under moss, decay and pigeon shit.