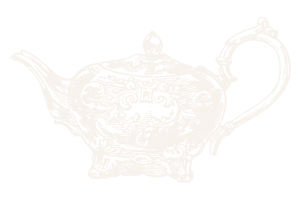 WHAT RULING THE WORLD DID TO THE BRITISH

“It seems such a shame when the English claim the earth,  They give rise to such hilarity and mirth.”

We think we know what the British Empire did to the world. But what did it do to us? 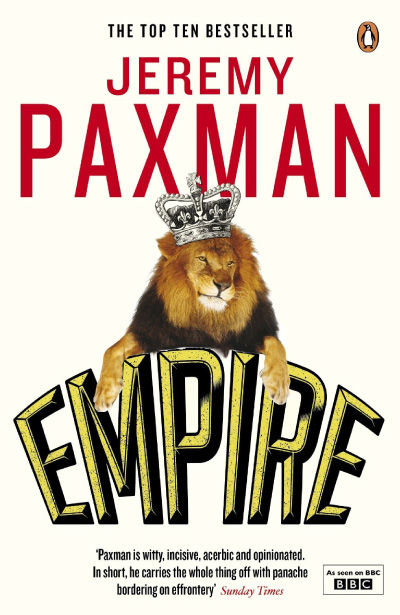 The influence of the British Empire is everywhere, from the very existence of the United Kingdom to the ethnic composition of our cities. It affects everything, from Prime Ministers' decisions to send troops to war to the adventurers we admire. From the sports we think we're good at to the architecture of our buildings; the way we travel to the way we trade; the hopeless losers we will on, and the food we hunger for, the British Empire is never very far away.

In this acute and witty analysis, Jeremy Paxman goes to the very heart of empire. As he describes the selection process for colonial officers ('intended to weed out the cad, the feeble and the too clever') the importance of sport, the sweating domestic life of the colonial officer's wife ('the challenge with cooking meat was 'to grasp the fleeting moment between toughness and putrefaction when the joint may possibly prove eatable'') and the crazed end for General Gordon of Khartoum, Paxman brings brilliantly to life the tragedy and comedy of empire and reveals its profound and lasting effect on our nation and ourselves.

For the most part, we look back on our imperial history simply as the actions of men and men who cannot identify with, the product of motives we do not really understand. It is emotionally easier and politically more convenient to inquire no further. But it is not particularly helpful. If we accept - as any thoughtful Indian does - that the British Empire had a shaping influence on India, then where is the common sense in claiming that the same history has not had at least as important a role in Britain? Can we seriously pretend that a project which dominated the way that Britain regarded the world for so many hundreds of years has had no lasting influence on the colonisers, too?

Without understanding how we looked at the rest of the world, we cannot really understand ourselves. It is nearly fifty years since the then US Secretary of State, Dean Acheson, minted the only remark for which he is remembered in Britain, that 'Great Britain has lost an empire and has not yet found a role.'

The remark has since become tediously familiar, but the fact that the observation remains true all these years later reflects the continuing significance of the imperial experience. 'Finding a role' has (along with not going backrupt) been the main task of every British government for the last sixty years. In a strange way, the one place which has yet properly to decolonise itself is Britain.

The sense of being British is clearly very different to being, say, Swedish or Mexican. No one would have a Mexican up against a wall in Ireland because of his nationality. Ever since the moment when I realised that there were people who saw me differently because of my country's history, I have wondered what that history has done to us as a nation. We think we know what the British Empire did to the world. But what did it do to us?

“ Paxman is witty, incisive, acerbic and opinionated. In short he carries the whole thing off with panache bordering on effrontery ”
Piers Brendon
— Sunday Times —
“ He writes with wit and penetration, and every page of Empire can be read with relaxed pleasure ”
Vernon Bognador
— Spectator —
“ A very engaging account...with a good sprinkling of jokes, funny nicknames and sexual references. Paxman makes some very sharp points and writes well ”
Bernard Porter
— The Guardian —

“ If we accept - as any thoughtful Indian does - that the British Empire had a shaping influence on India, then where is the common sense in claiming that the same history has not had at least as important a role in Britain? Can we seriously pretend that a project which dominated the way that Britain regarded the world for so many hundreds of years has had no lasting influence on the colonisers too? ”

You could say that Queen Elizabeth II was unlucky. Her role has been to preside over the disappearance of empire, as the number of British possessions has shrunk to a few curious dots in the seas and oceans of the world. But just as lands were claimed in the name of a British queen, so their independence required a royal witness, with the Elizabeth or one of her family on hand to watch as the British flag was lowered and the flag of the new state raised. Look at any photographs of Commonwealth leaders since the early 1950s and the face you can almost guarantee to find there is that of Elizabeth II, and it is largely due to her that the institution, such as it is, survives at all: like the empire, it smells of monarchy. Elizabeth may never have enjoyed her great-great-grandmother's title of the empress of India, but the fact that other nations have taken her seriously has encouraged the British to do likewise.

And the empire did more than consolidate the position of the monarchy. It did much to make the political identity of Britain, too. Of the many elements which came together to create a 'British' identity - Henry VIII's break with Rome, say, or the adoption of a Scottish king when Elizabeth I died childless - the importance of England's growing basket of oversea's possessions cannot be exaggerated. In the seventeenth century, as they watched the English begin to pile up overseas possessions, Scots had dreamed of a colony or so of their own and attempted to establish a settlement in Panama. They reckoned without the difficult terrain, the pestilential climate and the perfidious English. The scheme collapsed in 1700, and with it ambitions for a Scottish empire. Henceforth, the Scots would become some of the most effective builders of the joint enterprise of a British empire.

In the first fifty years after the 1707 Act of union, 30,000 Scots settles in America. Others would pour into Canada, Australia and New Zealand. By 1776 there were 220 Scots employed at the highest level of the administrations in Madras and Bengal: Sir Walter Scott would come to describe India as 'the corn chest for Scotland'. Explorers like Mungo Park cut through jungles. David Livingstone left Lanarkshire to become the most famous missionary in history. Scottish traders like William Jardine and James Mattheson built a trading network across the Far East. One-third of colonial governors between 1850 and 1939 are said to have been Scots.

The army became the most visible means by which the distinctive characteristics of the subjugated Welsh, Scots and Irish were channelled into the British identity. By the early nineteenth century both Ireland and Scotland were sending disproportionately large numbers of soldiers to fight Britain's colonial wars. Irish formations like the 18th Regiment of Foot saw combat in North America, Egypt, China and South Africa, the Connaught Rangers in South America, India and in both wars against the Boers. The 1st Battalion of the 24th Foot, which became the South Wales Borderers, lost 540 of its men at Isandlwana in the Zulu Wars. The Royal Welch Fusiliers, who battled American revolutionaries at Bunker Hill, Yorktown and Lexington, remained inordinately proud of the archaic spelling of their name: Robert Graves, who served with them in the First World War, thought that it recalled the Wales of Henry Tudor and Owen Glendower. A similar integration of separateness happened in Scotland, where ordinary Scots were prohibited from wearing the tartan after the suppression of the 1745 rebellion, with the exception of the nation's regiments in the British army, all of which adopted them. The 'thin red line tipped with steel' that the Times correspondent William Russell saw repulsing Russian cavalry at Balaclava in 1854 was made up of kilted Highlanders of the 93rd Regiment. A genuinely new British political identity had been forged by the empire. Is it any wonder that, with the empire gone, increasing numbers ask what is the point of the Union?

And the empire changed not merely the political sentiments of the United Kingdom, but the very genetic make-up of its citizens. Since history began, Britain has been a nation of immigrants, whether Romans, Scandinavians, Irish, French, Jews, Italians or Dutch. But the empire drew migrants from across the planet. The world's oldest Chinatown is in Liverpool. Hundreds of thousands of Irish poured into English and Scottish cities in the middle years of the nineteenth century. By the end of the century there were about 50,000 Germans and perhaps 150,000 Russian Jews in the country. Immigrant families built banks such as Rothschilds, Barings and Warburgs, gave us high-street retailers like Marks and Spencer, Moss Bros, Burtans and Top Shop, and supermarkets like Tesco. The first British Indian MP was elected in 1892. In the second half of the twentieth century, vast numbers of migrants from one-time colonies in the Caribbean, Africa and Indian subcontinent landed in Britain and changed the look and feel of many cities. These communities produced writers and artists who invigorated the native arts, sportsmen and women who raised standards of performance, and cooks who did the national cuisine a big favour.