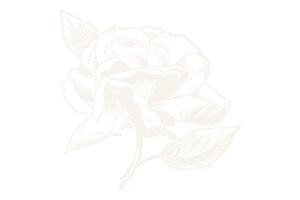 A PORTRAIT OF A PEOPLE

Why do the English actually enjoy feeling persecuted? In 'The English' Jeremy Paxman sets out to find about the English. Not the British overall, not the Scots, not the Irish or Welsh, but the English. Why do they seem so unsure of who they are?

Jeremy Paxman is to many the embodiment of Englishness yet even he is sometimes forced to ask: who or what exactly are the English? And in setting about addressing this most vexing of questions, Paxman discovers answers to a few others. Like: Why do the English actually enjoy feeling persecuted? What is behind the English obsession with games? How did they acquire their odd attitudes to sex and to food? Where did they get their extraordinary capacity for hypocrisy?

Covering history, attitudes to foreigners, sport, stereotypes, language and much, much more, The English brims over with stories and anecdotes that provide a fascinating portrait of a nation and its people.

I set out to try to discover the roots of the present English anxiety about themselves by travelling back into the past, to the things that created that instantly recognisable ideal Englishman and Englishwoman who carried the flag across the world. And then I tried to find out what had become of them. Some of these influences were relatively easy to spot. Obviously the fact that they were born on an island rather living on a continental land mass had had an effect. They came from a country where Protestant reformation had put the church firmly in its place. They had inherited a deep belief in individual liberty.

But this curiously, retiring, unintrospective, pessimistic people cannot continue as they are for much longer. They find themselves governed by a party whose organising principles come from across the Atlantic and whose leadership caucus comes from north of the border. The belief that something has rotted in England is widely held: a people cannot spend decades being told their civilisation is in decline and not be affected by it. We might as well admit that the English are not an easy people to love. They have none of the charm of the Irish, the affability of the Welsh or the directness of the Scots. Even the quieter English possess that veneer of manners which conceals an infinite capacity for contempt.

To be fair, they have a more attractive side to their character as well. They tend not to proselytise aggressively about their way of life any longer. And does any other society put such a premium upon having a sense of humour. If you want to find out about what makes the English who they are, you quickly make two discoveries.

First, that this offshore island has been sufficiently intriguing to attract quite awesome numbers of foreign visitors eager to share their impressions with the rest of the world: there are libraries filled with books of reminiscences and travellers' tales. Second, very little at all has been written on the subject of English nationalism. Some of the reasons you can guess at quickly; no foreign occupation, no attempt to extinguish indigenous culture.

So before the English submerge themselves, in gloom again, it is worth noticing that there is something positive about the fact that they have not devoted a lot of energy to discussing who they are.

“ A witty, argumentative book bursting with good things ”
— The Daily Telegraph —
“ It is hard to think of anyone better than Jeremy Paxman to shove the English in the right direction ”
— Daily Telegraph —
“ Stimulating, adventurous and witty ”
— The Times —

“ Once upon a time the English knew who they were. They were polite, unexcitable, reserved, prone to melancholy and had hot-water bottles instead of a sex life: how they reproduced was one of the mysteries of the western world ”

Being English used to be so easy. They were one of the most easily identified peoples on earth, recognised by their language, their manners, their clothes and the fact that they drank tea by the bucket-load. It is all so much more complicated now. When, occasionally, we come across someone whose stiff upper lip, sensible shoes or tweedy manner identifies them as English, we react in amusement: the conventions that defined the English are dead and the country's ambassadors are more likely to be singers or writers than diplomats or politicians.

They were class-bound, hidebound and incapable of expressing their emotions. They did their duty. Their most prized possession was a sense of honour. They were steadfast and trustworthy. The word of an English gentleman was as good as a bond sealed in blood. The most popular English films express the English people, in the immortal words, "we are not put on earth to enjoy ourselves", and the second thing, the importance of a sense of duty - of sacrificing pleasures for - a greater good. One could assume about these people that they were decent and as industrious as was necessary to meet comparatively modest ambitions.

They had a deeply held sense of their own rights, yet would proudly say they were "not much bothered" about politics. But they were not in any meaningful sense religious, the superficial changes had been vast: a lawless population had been turned into a law-abiding one; a country that enjoyed dog fights, bear-baiting and public hangings had become humanitarian and squeamish; general corruption in public life had been replaced by a high level of honesty.

But, what seems to have remained constant is a great resentment at being overlooked or controlled; a love of freedom: fortitude: a low interest in sexual activity compared with most neighboring societies: a strong belief in the value of education for the formation of character; consideration and delicacy for the feelings of other people: and a very strong attachment to marriage and the institution of the family..."The rest of the kingdom comforts itself with the chippy consolation that the English are the authors of their own nemesis and in a belief that the place is doomed. The English have characteristically taken this to heart because they have such a strong streak of natural gloominess.