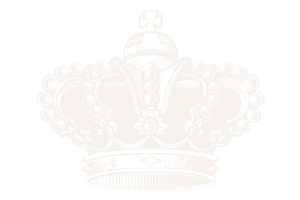 “Even on the most exalted throne in the world we are only sitting on our own bottom.”

What is the point of Kings and Queens? What do they do all day? 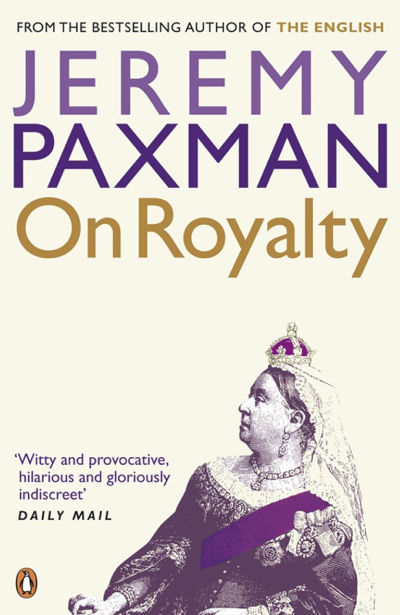 Jeremy Paxman is used to making politicians explain themselves but royalty has always been off limits. Until now. In On Royalty he delves deep into the past and takes a long hard look at our present incumbents to find out just what makes them tick. Along the way he discovers some fascinating and little-known details.

No other book will tell you quite as much about our kings, queens, princes and princesses: who they are and what they're for • How Albania came to advertise in England for a king • Which English queen gave birth in front of 67 people • How easy it is to beat up future kings of England • And how meeting the Queen is a bit scary whoever you are.

Although by and large the British royal family loathes the mass media, the usual response of courtiers was, I think, one of curiosity. When I explained that I wanted to discover how such an ancient institution survived in a modern country their usual response was 'Well, I shall be interested to read what you find out.' I went through the motions of requesting an interview with Queen Elizabeth, but without any conviction. I was, however, able to talk to the Duke of Edinburgh, to the Prince of Wales, to some of the queen's closest friends and to numerous courtiers, officials and dissidents. I spoke at length to intimates of other European royal families, and to the Queen of Denmark, Margrethe.

Early on, one of Prince Charles's friends had cautioned me: 'Have you any idea what you're getting into? This is much more political than anything to do with politics.' Perhaps so. But I fear that much of the politcking was above my head. Once day I did receive a call from Prince Charles's office, inviting me to spend a few days at Sandringham. I assumed this was in connection with a request to interview him, but was told it was just a social matter - every year the prince gathers a group from the arts world.

I pointed out that there would be something of a conflict of interest - if I came along and then wrote something, it would surely be a breach of trust. 'Oh don't worry about it,' said the social secretary. But anything I saw and heard would be bound to figure in what I wrote, I protested. 'We're really not concerned,' she said. Well I eventually thought to myself, you may not be bothered about it, but I am. Even though she repeated the invitation, I decided not to go.

Then, to my amazement, a year later, the same thing happened. You do realise that I'm still working on this book, don't you, I said. 'We know all about that,' she said. But the same considerations apply, I replied. 'Don't worry about it. Do come.' And so I did. Aspects of the visit - the swimming expedition which involved a group of us processing with the Duchess of Cornwall through a nudist colony, the expression on David Hockney's face when the Prince of Wales asked him to look at his watercolours, Charles's recitation of a monologue taught him by, if I recall correctly - it was late at night after dinner - Barry Humphries, or the bizarre spectacle of one of the country's best-known character-actresses and apparent lefties suddenly erupting into 'Three cheers for the Prince of Wales' over dinner - will have to wait.

“ Witty, provocative, hilarious and gloriously indiscreet ”
— The Daily Mail —
“ Paxman's book is everything that royalty is not allowed to be - witty, stylish, intelligent, pugnacious and political ”
— The Times —
“ On Royalty is an absorbing, well-researched book, part serious enquiry, part rollicking anecdote ”
— Evening Standard —
“ Action-packed and entertaining ”
— Sunday Telegraph —

“ If you go back far enough, just about anyone with European ancestry is descended from royalty. Calvin Coolidge could trace his descent from Charlemagne, and a mere twenty-two generations separated Walt Disney from Edward I ”

I had arrived at Sandringham, the royal family's house in Norfolk, the previous afternoon to be greeted in the drawing room by plates of little egg-and-cress sandwiches, cream-and-strawberry-jam scones, fruit-cake and a choice of three types of tea. My fellow guests - three writers, a theatre director, a couple of actors, a painter and a few other arty types - were mostly as unknown to each other as they were to our host. But house-parties are an aristocratic convention, quite distinct from the sort of occasion the rest of us might enjoy, when good friends get together for the weekend. A house-party hosted by royalty is stranger still. Friendship implies equality, and a king can have no equals. Instead what they have is status, which is another thing altogether, in which things are turned inside-out and while you hardly know anyone personally, everyone assumes they know you.
You will always be the last to arrive anywhere, which means that everyone else has been standing around twiddling their thumbs for an hour or more. There will be drivers standing by to take you at the appointed minute on high-speed dashes to your next engagement. The car will disgorge you at the precisely appointed time of arrival and if you are lucky there will merely be a host to greet you. If you are unfortunate, there will be a receiving line of mayors, and aldermen, chief constables, bishops, hospital matrons, district surveyors and local business-people, all of whom must have their hands shaken and their words listened to, and with whom photographs will be taken. This is the eternal, infernal reality. You begin to see why a prince needs valets, as each day may involved five or six changes of dress. For the rest of us, a valet is a challenge.
'My name's John, and I shall be looking after you, sir,' he had said when I found my way upstairs. 'What time would you like your tea or coffee in the morning, sir? And where will you be sleeping tonight, sir?' the valet asked.
'About eight, I suppose,' I replied, 'and I rather thought I'd sleep in the bed there,' I said facetiously, pointing to the bed made up in the side of the room.
'This, sir,' the valet said, in a long-suffering sort of way, 'is your dressing room. Your bedroom is over there.'
Being invited to stay with your royalty brings problems you had never imagined could exist, like confusing a dressing room, which has wardrobes, bed, washbasin and bedsides tables. It's obvious, when you think about it. The bedroom is bigger.
Shown to my room, I discovered to my horror that my suitcase had not merely been delivered. It had been unpacked: a row of Marks and Spencer underpants lay in a drawer, jackets hung in a cupboard. But where was the dinner jacket we had all been told we should have to wear that evening? I searched the wardrobe. I checked the empty suitcase. No sign. I was certain I had packed one. I must have forgotten it. A bath had been run, so I climbed into it, while devising a strategy. Surely I could borrow a dinner jacket from one of the staff? Fine, until I realised that the staff didn't wear dinner jackets. They wore dark-blue uniforms with a crown on the lapels.
I emerged from the bath and my worries vanished. Magically, the dinner suit had reappeared. There it was, hanging on the back of the chair in the dressing room, an evening shirt laid out, unbuttoned, a pair of socks folded back for instant access. The jacket looked a good deal better than it had done when I last saw it. In the time I had been in the bath, it had been taken away, sponged down and pressed.
I dressed slowly, had the usual tussle with the bow-tie and then noticed that one of the buttons on the front of my shirt was loose. Smart people wear studs rather than buttons, don't they? On the writing desk in the dressing room was an enormous pair of scissors. I began to cut off the buttons. As I was wearing the shirt at the time this was not as easy as I'd expected. I did not draw blood, but the shirt emerged from the operation looking like something created by Jean-Paul Gaultier.