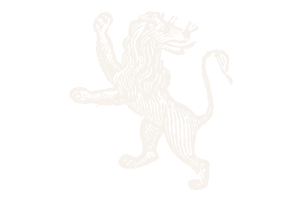 “Criticism may not be agreeable, but it is necessary. It fulfils the same function as pain in the human body. It calls attention to an unhealthy state of things.”

Why Pay Any Attention To Parliament When The Government Pays It So Little Heed? 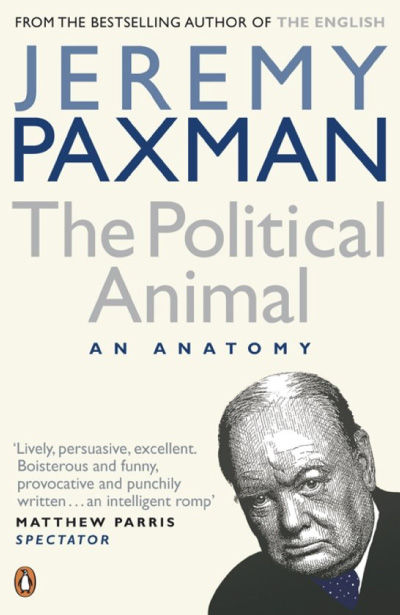 Jeremy Paxman knows every maneouvre a politician will make to avoid answering a difficult question, but here he seeks an answer to just one: What makes politicians tick?

Embarking on a journey in which he encounters movers and shakers past and present, he discovers: • that Prime Ministers have often lost a parent in childhood • why Trollope is the politician’s novelist of choice • that Lloyd George once hunted Jack the Ripper • how an Admiral’s speech in parliament helped win WWII.

Where do politicians come from? How do they get elected? What do they do all day? And why do they seek power? All these questions and many more are addressed in Paxman’s thrilling dissection of that strange and elusive breed – the political animal.

In a strict sense, politicians are not like the rest of us. Whether they have been driven into political careers by a simple desire to represent their community in parliament or, like Margaret Thatcher, from a conviction that they alone could save their country, wielding power is essential. Mercifully, the proportion of people in any society who wish to tell everyone else what to do is limited. If it were not so, the country would be ungovernable.

The arrangement works only because people are willing, however grudgingly, to do as they're told vastly outnumber the people who wish to order them about. Once upon a time, our leaders must have seemed normal. As babies, they bawled and mewled, they messed their nappies, and later they learned to speak and write. It was only later that they decide to make history. Was there anything in their childhoods to warn that they would turn out as they did?

In an ideal world, of course, we wouldn't have any politicians at all. As Tom Paine remarked in the eighteenth century, 'Government, even in its best state, is but a necessary evil.' Politicians exist because we disagree. All societies need to decide how to protect themselves, how to organise themselves, how to share their resources and the alternative to force of argument is force of fists. The creation of politics is, therefore, a proof of civilisation. So, although the existence of politics may be a mark of human frailty, politics itself matters. And it matter that it is practiced by good people.

As in most walks of life, people go into the trade with a variety of motives, some noble, some vain. Most seem to be genuinely convinced they can make the world a better place. Some of them have done so. A small number genuinely deserve to be called great. I do not believe they are all scoundrels. I set out this book to answer a number of simple questions. Where do politicians come from? How do they get elected? What do they do all day? And why do they seek power?

“ Entertaining, informative, incisive and insightful ”
Andrew Rawnsley
— The Observer —
“ One of the best primers on the vicissitudes of political life I have read ”
Christopher Silvester
— The Sunday Times —
“ Lively, persuasive, excellent. Boisterous and funny, provocative and punchily written. An intelligent romp ”
Matthew Parris
— Spectator —

“ There is much that is terrific about British national politics. At the most important level, Britain feels like a democracy: an election takes place on a Thursday and the removal vans are in Downing Street on a Friday. The debate is lively: it sounds as if it matters. But what seems to be missing is passion. ”

Out of the mouths of babes and sucklings...

Churchill's cabinet colleague Harold Macmillan was the creature of his American mother, Nellie. She was so intensely ambitious for him to succeed that he later claimed that he owed his entire worldly success to her. When, in his late forties, Macmillan was very nearly killed in an air crash in Algiers, his first words on recovering consciousness were, 'Tell my mother I am alive and well.' She had planned every step of his early life and had seemed certain from the very beginning that one day he would become Prime Minister. (This is not, of course, to say that Macmillan felt particularly close to her - even when he had gained 10 Downing Street he admitted to a friend, 'I admired her, but never really liked her... She dominated me and she still dominates me.')

Some similar parental drive pushed Tony Blair. When the future Prime Minister was eleven, his father - an active Conservative seriously searching for a seat in parliament - was hit by a stroke which left him unable to speak. Blair described the experience as 'formative', confessing to an interviewer that 'after his illness my father transferred his ambitions onto his kids. It imposed a certain discipline. I felt I couldn't let him down.'

The lasting force of these early convictions is sometimes astonishing. Even when Prime Minister, Margaret Thatcher, who idolised her father as much as she wrote her mother out of her life story, would still burst into tears at the memory of her father's balked career as an alderman in her town of Grantham. Over thirty years after the ruling Labour group had sacked him from the post, she wept when the subject came up in a television interview.

'Such a tragedy,' she gulped to the astonished interviewer. In many ways the true presiding spirit of 1980s Britain was that of Alderman Alfred Roberts, the small-town grocer who exercised such a profound influence over his daughter.

Thatcher explained that he gave her much more than a simple Micawberish understanding of profit and loss. "He liked to connect the progress of our corner shop with the great complex romance of international trade which recruited people all over the world to ensure that a family in Grantham could have on its table rice from India, coffee from Kenya, sugar from the West Indies and spices from five continents. Before I read a line from the great liberal economists, I knew from my father's accounts that the free market was like a vast sensitive nervous system... In effect I had been equipped at an early age with the ideal mental outlook and tools of analysis for reconstructing an economy ravaged by state socialism."