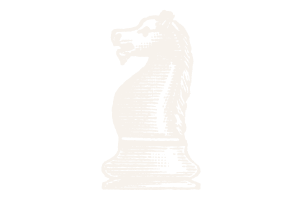 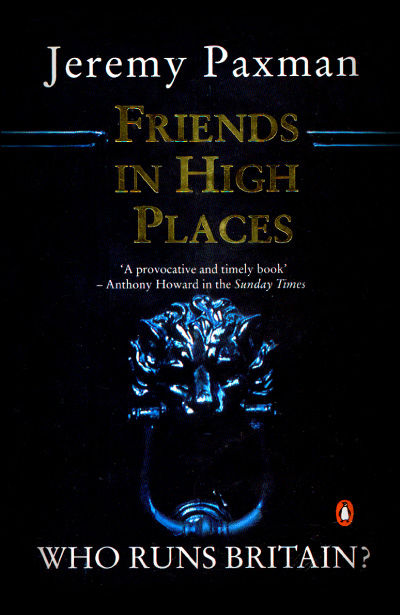 This title presents a though-provoking and engaging search for the true sources of power in Britain today. Paxman examines the pillars of the Establishment - their origin, influence and future. An unbiased journey down the corridors of power, 'Friends in High Places' provides an incisive and insightful view of who really runs Britain.

The country needs a new vision, a new sense of what it means to be British. And a new role. But to whom can the nation look?

This book started life with one of those deceptively simple questions. In the seventies and eighties I was a roving reporter, fired off to one foreign destination or another to produce reports for consumption in Britain. Most of the countries were in the Third World, the sort of places where conscientious research consists of reading the relevant back-issue of Time magazine on the plane. In-depth research was to have the number of the local Reuters bureau, When you returned to Britain, you were considered an expert yourself. Like most journalism, it was survival on your wits. I soon realised that there was a routine to the sort of questions I asked myself on arrival fresh at the airport. They started off at the level of childhood geography exams. 'What makes this place tick?', 'How does the economy work?', and, 'Who runs this country?'

You could usually conjure up the answer to this last question long before you got to the black-faced functionary behind the passport desk. In much of Africa it was one man. In most of the Middle East it was one family or the army (with the exception of Lebanon, where it was several families and several armies). For years in Guatemala it was the United Fruit Company.

I had never asked the same questions about my own country. It might seem perverse, in the decade which will see the fiftieth anniversary of the creation of the British Welfare State, to do so. Surely, the United Kingdom can now lay realistic claim to being a truly meritocratic society, in which the people run the country, as they're supposed to in a democracy?

“ The City of London, once run by the commercial wing of the Establishment, has burst its cork like shaken champagne, and is physically scattered, deregulated and professionally confused. As individuals, even teams, move between different companies, chasing the latest fat salary cheque, loyalty has become the most unfashionable of virtues ”

On a winter's day the Lords has the dozy ambience of a modernised and centrally-heated Victorian stately home. An electric imitation coal fire glows in the fireplace, the walls are dark panelled, the wallpaper plush, the ceilings arched and Gothic. There is only the occasional indication of the dangerous realities of life outside: behind the wooden revolving door from the peers' car-park (the best free car-park in London) is a rolled-up stretcher and a notice warning of bomb alerts. Old men shuffle across the tiles to be greeted with 'Good afternoon, milord', by tail coated attendants.

In the tea room, beneath the yellow fleur-de-lys wallpaper, several dozen elderly men munch their way through buttered toast and crumpets. many pf the faces are vaguely familiar from the faded newspaper photographs of dark suits coming and going in Downing Street. There is a genteel buzz in the room, like four o'clock in a spa-town hotel.

Suddenly, the division bells ring and the room empties, milords making their way to vote in a debate of which they may have heard not a word. They move towards the sound of gunfire, a slow wave of grey flannel, chattering amiably among themselves, with no urgency, no uncertainty on this or many other matters, old folk in the kindest of retirement homes.

Although it is the hereditary peers who give the House of Lords its raison d'etre, it is the life peers who give the place its intellectual distinction and who produce the most impressive arguments in examining the details of legislation. Although their creation had the disadvantage of prolonging the existence of the House of Lords long beyond its natural term, it has one beneficial effect in the broadening the representation of women in parliament.