Fish, Fishing & The Meaning of Life 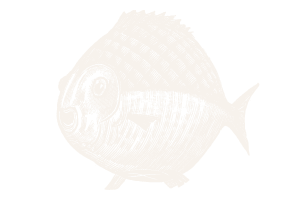 FISH, FISHING & THE MEANING OF LIFE

“A BIRR! a whirr! a salmon's one, a goodly fish, a thumper! Bring up, bring up the ready gaff, and when we land him we shall quaff.”

Thomas Tod Stewart  - The Taking of the Salmon, 1866 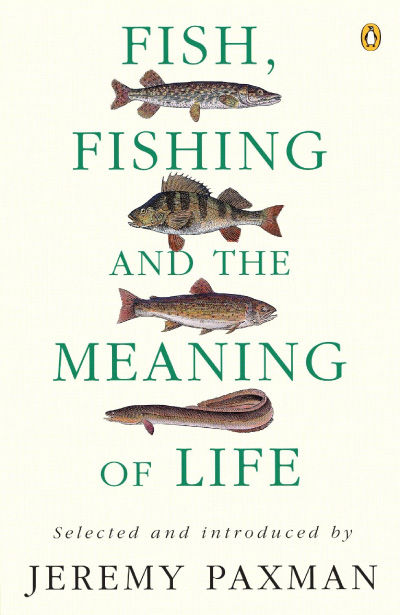 'In Fish, Fishing and the Meaning of Life' Jeremy Paxman has created the perfect literary catch for fellow angling enthusiasts in this rich and varied anthology.

Ten thoroughly entertaining themed chapters include 'Ones That Got Away', 'Ones That Didn't Get Away' and 'Fish That Bit Back'.

Each is introduced by Paxman's own sharp, humorous observations and features both contemporary and historical writing about fishing in prose and verse, covering everything from tench tickling to piranha attacks.

Some pieces are well known favourites, others are obscure, every one is a delight.

One is bound to ask, of course, whether the world really needs another fishing book. Once, much later in my research than would have been the case if I'd been sensible, I looked up 'fish' and 'fishing' on the British Library computer database. There were 6,803 of them. As the titles scrolled by - histories of angling in Iceland, dreary mountains of European Union regulations on the size of fishing fleets, entirely unnecessary reprints of The Compleat Angler, I realised how banal most of it is. Reading about fishing is only a poor substitute for the real thing, but then plenty of men think sex compares unfavourably. Yet you do being to wonder how long it will be before we get The Joy of Maggots: Mr Pooter's Guide to Fishing Success.

So Fish, Fishing and the Meaning of Life is an attempt to redress the balance, to bring together some of the most entertaining writing about fishing. The best anthologies, like Lord Wavell's marvellous collection of poetry, Other Men's Flowers, are an auction of the furniture of someone's mind, accumulated, like all furniture, as presents, happy discoveries, inheritances. I have included the famous and the unknown, some pieces I have known for years, many I had never come across before starting on this anthology. It does not pretend to be an exhaustive collection: my only guiding principle has been that the pieces should be entertaining. I hope you enjoy them. They may not be as much fun as going fishing. But they may be the next best thing.

“ Paxman has clearly read widely and wisely in putting this together... Probably the definitive anthology of angling writing ”
Keith Elliot
— Independent on Sunday —

“ When Britain's greatest sailor, Horatio Nelson, had his right arm shot off at the elbow, he learned to cast with his left hand. When Lord Grey was saddled with the burden of British foreign policy at the height of the empire, he would scurry off through the gloom of Whitehall to catch the last train to his beloved Hampshire. Even now, Eric Clapton will spend thousands of pounds just to have the opportunity of a few days' trout fishing in each season ”

This renowned monster, who had come off victorious in a hundred fights with his pursuers, was an old bull whale, of prodigious size and strength. From the effect of age, or more probably from a freak of nature, as exhibited in the case of the Ethiopian Albino, a singular consequence had resulted - he was white as wool! Instead of projecting his spout obliquely forward, and puffing with a short, convulsive effort, accompanied by a snorting noise, as usual with his species, he flung the water from his nose in a lofty, perpendicular, expanded volume, at regular and somewhat distant intervals; its expulsion producing a continuous roar, like that of vapour struggling from the safety-valve of a powerful steam engine.

Viewed from a distance, the practised eye of the sailor only could decide, that the moving mass, which constituted this enormous animal, was not a white cloud sailing along the horizon. On the spermaceti whale, barnacles are rarely discovered; but upon the head of this lusus naturae, they had clustered, until it became absolutely rugged with the shells. In short, regard him as you would, he was most extraordinary fish; or, in the vernacular of Nantucket, 'a genuine old sog,' of the first water.

Opinions differ as to the time of his discovery. It is settled, however, that previous to the year 1810, he has been seen and attacked near the island of Mocha. Numerous boats are known to the crunch of his powerful jaws; and, on occasion, it is said that he came of victorious from a conflict with the crews of three English whalers, striking fiercely at the last of the retreating boats, at the moment ot was risin from the water, in its hoist up to the ships davits. It must not be supposed, howbeit, that through all this desperate warfare, our leviathan passed scathless. A back serried with irons, and from fifty to a hundred yards of line trailing in his wake, sufficiently attested, that though unconquered, he had not proved invulnerable.

From the period of Dick's first appearance, his celebrity continued to increase, until his name seemed naturally to mingle with the salutations which whalemen were in the habit of exchanging, in their encounters upon the broad Pacific; the customary interrogatories almost always closing with, 'Any news from Mocha Dick?' Indeed, nearly every whaling captain who rounded Cape Horn, if he possessed any professional ambition, or valued himself on his skill subduing the monarch of the seas, would lay his vessel along the coast, in the hope of having an opportunity to try muscle of this doughty champion, who waas never known to shun his assailants...

'There she spouts!' screamed a young greenhorn in the main chains, 'close by; a mighty big whale, Sir!'

'We'll know that better at the trying out, my son,' said the third mate, drily.

Originally published by Jeremiah N. Reynolds in "Mocha Dick: Or The White Whale of the Pacific: A Leaf from a Manuscript Journal" in 1839 in The Knickerbocker.