A Higher Form of Killing 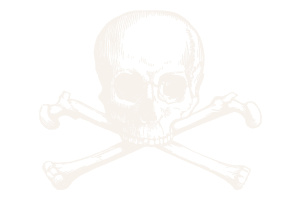 A Higher Form of Killing

THE SECRET HISTORY OF CHEMICAL AND BIOLOGICAL WARFARE

“Reviewing the whole circumstances there appears to be little or no justification for refusing to employ gas on sentimental grounds: there is little sentiment in war and our men have the first claim on it.”

The Secret History of Chemical and Biological Warfare 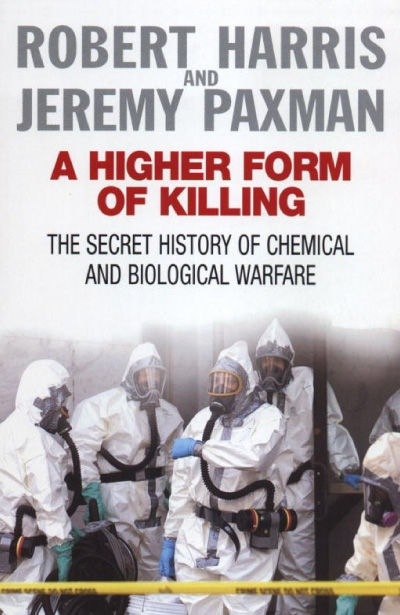 A Higher Form of Killing was first published to great acclaim in 1982. The authors have written a new Introduction and a new Epilogue to take account of the events that have happened since the early 1980s - including the break-up of the former Soviet Union and the black market that appeared in chemical and biological weapons, the acquisition of these weapons by various Third World states, the attempts of various countries like Iraq to build up arsenals of these weapons and, most recently, the use of these weapons in terrorist attacks.

As the authors point out, the two generations since the Second World War lived with the threat of nuclear annihilation. Now a new generation must learn to live with weapons that are more insidious and potentially more devastating.

Our original purpose in writing this book was to to put together the first general history of gas and germ warfare. It begins on the western front in 1915, when the Germans unleashed an attack using vaporised chlorine. It recounts the beginnings of the first major biological weapons program - in Britain, in the Second World War - and tells how Russia and America eventually came to stockpile massive amounts of the most deadly toxins on the planet.

This book grew out of a film we made for the BBC television program Panorama, and we would like to thank Roger Bolton, Panorama's editor, for the encouragement and advice he gave us at that time, and for the understanding that he, and others at the BBC, have shown since.

A Higher Form of Killing was the first book either of us ever wrote. It was published in 1982, fared reasonable well, was translated into German, and duly passed into honorable obscurity about a decade ago. We never expected to return to the subject.

But chemical and biological weapons have assumed a horrible importance again. Indeed, they are probably more of a threat to the security of the world now than they were twenty years ago, when America's decision to develop a new generation of "binary" chemical weapons first prompted our interest in their history. Astonishingly, it seems likely that more people were killed by poison gas in the 1980s than in any decade since the First World War - as many as 20,000 in the Iran-Iraq War alone. A type of weapon which most military experts thought to be obsolete, and which three generations of arms negotiators.

Ever since the first gas attack during the First World War, man has attempted to come to terms with the impulse that led him to develop these weapons. The provisions of the Biological Warfare Convention of 1972, and, most recently, of the Chemical Warfare Convention of 1997, have done much to outlaw gas and germ warfare. Yet the specter, somehow, has never entirely gone away. Why this should be so is one of the recurrent themes of this book.

“ An absorbing and unsettling history... it reminds us that the world could end not with a nuclear bang but in whimpers of fevered agony ”
— Chicago Sun-Times —
“ The best account of gas and germ warfare available for the lay reader ”
— Washington Post —
“ Compelling... the authors make clear why governments have shrouded such weapon programmes in even more secrecy than their nuclear work ”
— Financial Times —

“ Poison gas and germ weapons turn civilisation on its head. Diseases are not fought, but carefully cultivated; doctors use their knowledge of the functions of the human body to devise ever more effective means of halting those functions. Chemical and biological warfare, as one writer has put it, is "public health in reverse." ”

The twenty-second of April 1915 had been a warm and sunny day, but toward the end of the afternoon a breeze sprang up. It came from the north, from behind the German lines, blew across no-man's-land, and gently fanned the faces of the Allied soldiers in position around the village of Langemarck, near Ypres. They were new to the trenches - French reservists and Algerians from France's north African colony. To them the fresh wind must have seemed a good omen, for a few seconds later, as if on cue, the German guns that had been bombarding them all day suddenly stopped firing. An abrupt silence descended over the front.

A few hundred yards away, four divisions - of the Twenty-third and Twenty-sixth German Army corps - crouched in their trenches. They had been waited there since dawn, unable to move for fear of giving away their presence. Now, just as it had begun to seem too late, the moment had come. The wind had changed. An attack.

At five o'clock, three red rockets streaked into the sky, signalling the start of a deafening artillery barrage. High-explosive shells pounded into the deserted town of Ypres and the villages around it. At the same time the troops sheltered near Langemarck saw two greenish-yellow clouds rise from the enemy's lines, catch the wind, and billow forward, gradually merging to form a single bank of blue-white mist: out of sight, in special emplacements protested by sandbags and concrete, German chemical warfare pioneers were opening the valves of 6,000 cylinders spread out along a four-mile front. The cylinders contained liquid chlorine - the instant the pressure was released it came into contact with the air it vaporised and hissed out to form a dense cloud. At thirty parts per million of air chlorine gas produces a rasping cough. At concentrations of one part per thousand it is fatal. The breeze stirred again, and one hundred and sixty tons of it, five feet high and hugging the ground, began to roll toward the Allied trenches.

The wave broke over the first line within a minute, enveloping tens of thousands of troops in an acrid green cloud so thick they no longer see their neighbours in the trench. Seconds later they were clutching at the air and at their throats, fighting for breath.

Chlorine does not suffocate: it poisons, stripping the lining of the bronchial tubes and lungs. The inflammation produces a massive amount of fluid that blocks the windpipe, froths from the mouth, and fills the lungs. In an attempt to escape the effects, some men tried to bury their mouths and nostrils in the earth; others panicked and ran. But any exertion or effort to outdistance the cloud only resulted in deeper breaths and more acute poisoning. As the tide of gas washed over the struggling men their faces turned blue from the strain of trying to breathe; some coughed so violently they ruptured their lungs. Each man, as the British casualty report was later to put it, was "being drowned in his own exudation."

Advancing cautiously behind the chlorine cloud came the German infantry, all wearing crude respirators of moist gauze and cotton tied round their faces. They passed through an unprecedented scene of horror. The dead lay where they had fallen, arms outstretched trying to escape the gas. Interspersed with the corpses, the wounded and dying sprawled gasping and choking as their agonised lungs coughed up mouthful after mouthful of yellow fluid. Any metal object the chlorine had come into contact with was tarnished. Buttons, watches, coins; all had turned a dull green. Rifles were rusted and looked as if they had been left out in the mud for months. Most of the breechblocks on the sixty guns the Germans captured that day were unusable.

Any of the French still capable of movement fled. The British suddenly found the road and bridges of their sector clogged with retreating soldiers, many of whom could only point at their throats in explanation. By six o'clock, even as far back as ten miles, the chlorine cloud was still making men cough and their eyes smart. By seven o'clock, the few French guns that had been left in action were ominously silent.