Voilà, English wins in the battle of global tongues 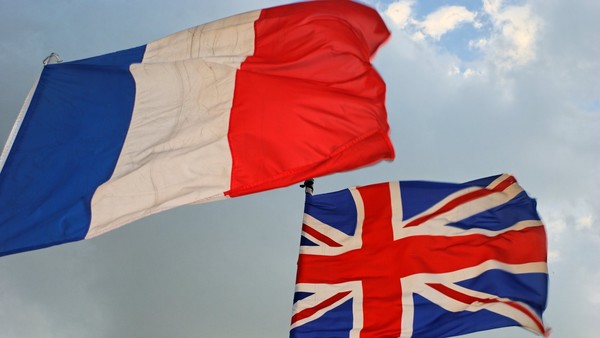 What is the point of learning French? In a notoriously monoglot nation such as ours, the answer is usually something along the lines of the old justification for forcing cod-liver oil down children’s throats: it is good for you.

It is time to realise that in many parts of the world, being expected to learn French is positively bad for you. If you were to emerge from school unable to add up, you would, rightly, be furious. Yet it is possible to finish schooling all over the world fluent in French but ignorant of the skill absolutely necessary get by in the global economy: English.

There is one big culprit for this absurd state of affairs. The bloc known as “La Francophonie” passes itself off as a pale imitation of the Commonwealth, if you can imagine anything quite so etiolated.

Actually, the comparison is unfair to the Commonwealth , which is a well-meaning, low-key organisation doing good by stealth. La Francophonie has a more strident tone, promoting “active solidarity” (whatever that is) between member states, based on “the French language and its humanist values”.

There is nothing inherently evil in promoting the teaching of French and its “humanist values”. And there is nothing wrong with encouraging the cultivation of dahlias. But we might look askance at an organisation which proclaimed that growing dahlias was the way to thrive in the 21st century.

In many of the countries where French is most actively taught — one thinks immediately of north Africa — the indigenous tongue is very different. So learning a foreign language which uses a different alphabet is no mean feat. The problem is not that French is impossible to learn: you can hear it spoken perfectly in Tunisia, Algeria or Morocco. No, the real problem with French is that it is a useless language.

Let us block our ears to the middle-class English and their forelock-tugging deference to France’s highly subsidised rural living, high-speed trains and “marvellous food”. Homage to Escoffier is no principle for modern life.

No one is going to deny that, historically, France has enhanced civilisation. European culture would be a thin thing without Montaigne, Descartes, Debussy and Cézanne, to say nothing of the dictator’s dictator, Napoleon Bonaparte. The problem is that it is all long past and the new world is anglophone. In the centuries-long struggle between English and French there is one victor, and to pretend otherwise is like suggesting that Johnny Hallyday is the future of pop.

There is really no reason for the British to gloat about this victory, for it is much more to do with the legacy of an empire built generations ago, and with the dominance of the US in the modern world.

But the outcome of the struggle is clear: English is the language of science, technology, travel, entertainment and sport. To be a citizen of the world it is the one language that you must have.

How the French government chooses to spend its money is its affair. For most of us, the only important question is whether promoting French language and values does any good. When the one-time German South West Africa attained independence as Namibia, it sensibly adopted English as its official language, for the very good reason that it would give its citizens a future.

The truth is that while other imperial powers were running down their flags around the world, France never really decolonised. Promotion of the French language and its supposed values is just another form of imperialism.

There is absolutely nothing wrong with studying any language as a hobby or mental discipline. But let us not pretend that understanding Sanskrit has great practical value.

If you are a native English speaker, by all means learn Chinese or Arabic or Spanish. If you must, study French, because it is a beautiful language. But let us have no truck with suggestions that it is much worth learning as a medium of communication.