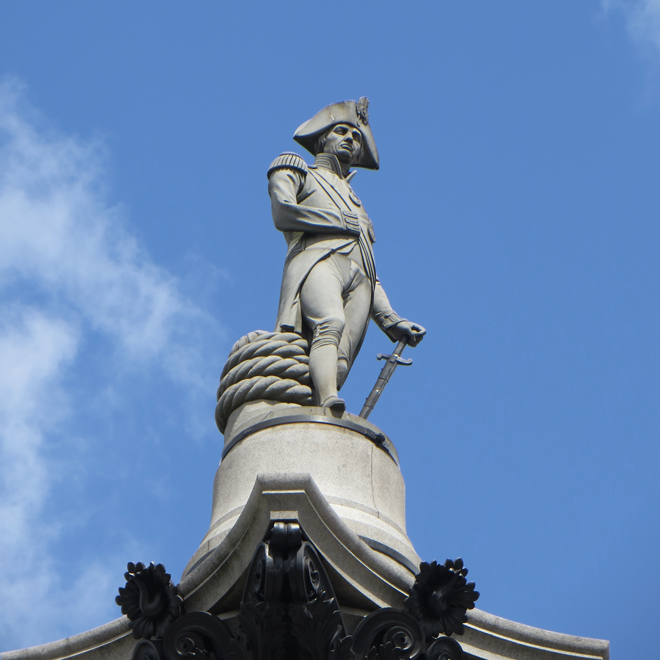 I’ve often wondered whether politicians suffer the same pangs of uncertainty orl’esprit d’escalier as the rest of us. Do they leave the chamber of the House of Commons or the television studio thinking, “Why on earth did I say that?” I hope they do, but fear that our idiotic expectation of certainty on all matters, and journalism’s pathetic tendency to scream “U-turn” (as if changing your mind is a sin), makes it unlikely that many would admit to doing so.

I have certainly suffered second thoughts since wondering, in my last FT Diary, how many people knew what the Royal Navy was for. It used to be such an integral part of our culture.

I was suffering from what I am told by an old sea dog is called “sea blindness”.

We rather lose sight of the fact that so many of those products that make cyberspace work have to be brought to us from the other side of the globe. In an ideal world, argues Parry, a country would want its ships designed by Italians, built by Koreans, with US systems, sailing shipping lanes run by the Danes and a resource base provided by the Gulf states. Britain’s contribution? “A naval heritage.”

Time for third thoughts, I think.

I see that BT has taken a well-merited place nearly at the bottom of a list of the empathetic qualities of 100 companies. It is scant comfort for those who have fallen foul of their service that they’re not quite as bad as Ryanair and Carphone Warehouse on the ranking by creative agency Lady Geek. Though few of us will be surprised by the company they’re keeping.

The iron rule about technology problems is that It Is Always Your Fault. Except that it isn’t — as BlackBerry’s spectacular service collapse showed a few years ago.

As a human being, it’s very hard to avoid feeling tremendous sympathy for the people on any tech company’s helpdesk, if you can ever get hold of it.


It is where impotence collides with promise, a punchbag for distressed brides left standing at the altar by a heartless, unreasonable bastard.

Human understanding is a very big mistake, though. The last time I called the BT helpdesk, a very nice man in Mumbai answered over a phone line which was not much of an advertisement for a telecoms company. The usual runaround followed. I then committed the critical mistake of letting him get off the line. You should never, ever, do this, however irritating the conversation may have been thus far. I explained it would take me a few minutes to rootle out the bit of paper with my wi-fi password on it and I didn’t want to waste his time. But being thoughtful has no place in these transactions. He promised to call me back in half an hour. That was at the end of December and I’m still waiting.

On the subject of awards, I propose a new one for Brazen Nonsense of the Year. My frontrunner this week is Tom Hodgkinson, editor of the Idler magazine, a fine publication dedicated to loafing about, occasionally drinking tea and wondering how many angels can dance on the head of a pin.

The Idler makes you proud to be English. But it turns out to have been infected with the same ants-in-your-pants spirit of overactivity as the rest of us.


So far this year, I have been sent emails encouraging me to learn to sing; to sew sequins; to improve my punctuation; to overcome my fear of bookkeeping; to understand philosophy; to write like a monk; to stuff a mouse; to play the ukulele, to make a strap for my ukulele and much, much more.
These are all skills I should love to have: the mouse-taxidermy especially. But they are decidedly unloafy. This despite Hodgkinson having the nerve to open the Idler’s New Year email with the line: “There is only one resolution that needs to be made and it is this: take more naps in 2015.” It is like listening to some tax-dodging rock star holding forth on global inequality. The man is a fraud.

Talking of which, I was crossing the street in St James’s the other day when a car stopped and the very Italian-sounding driver asked if I could tell him the way to Heathrow airport. Easy enough — left on Piccadilly, take the underpass, down through Knightsbridge, left down by Harrods and then the Cromwell Road all the way.

As the driver’s eyes began to glaze over he suddenly said: “You’ve been very kind. Would you like a suit?”


I told him I wasn’t in the habit of buying suits from the backs of cars on street corners, and he explained. He didn’t want me to buy one at all. He had been in London for a fashion show and had a couple of Armani suits that he didn’t want to bother taking back to Italy. He would very much like to give me one.

I like a bargain as much as the next man. But it was so odd that — even after two more protestations that he didn’t want me to pay a penny — I said, “Thanks, but no thanks,” and walked on. It seemed pretty obvious to me that it was a scam of some sort. But how on earth does it work?