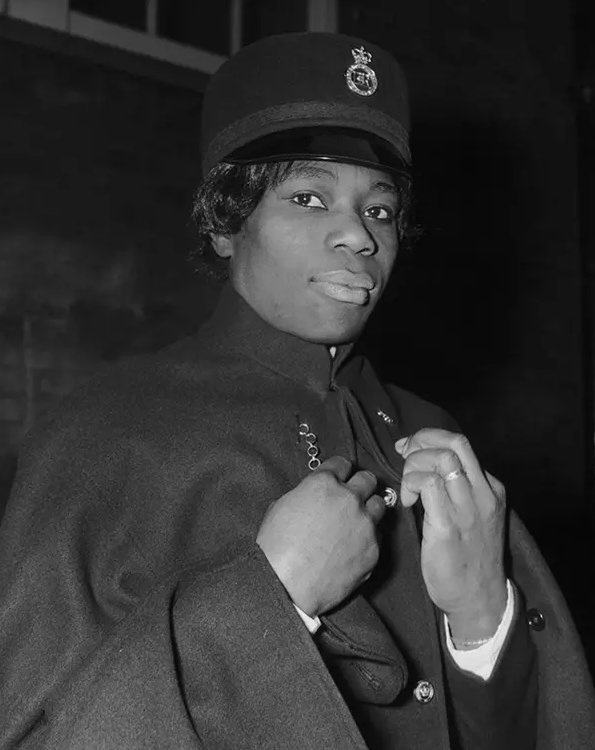 I spent Monday night with Valerie Singleton, Johnny Morris and Bob the Builder. I think we were in what had once been the office of the head of BBC News, although I cannot be certain. The fact that one of my companions is dead and one never existed doesn’t matter (happily, Valerie is still doing interesting things with sticky-backed plastic). They were brought together in a Peter Blake collage hanging in my bedroom at the new White City House hotel, featuring 50-odd faces from programmes that were made here during the building’s previous incarnation, as BBC Television Centre. I was, by a long margin, the oldest person staying in the hotel on launch night last week, and frankly, if I couldn’t identify many of the picture’s other faces, younger guests might have taken them for a tribe of Kalahari Bushmen. But that’s the fleeting familiarity of television. Trying to reinvent the old headquarters of BBC Television as a glamorous venue is risky from the start. At the time of its opening, in June 1960, the then boss of BBC television had boasted of it as “the largest, best-equipped and most carefully planned factory of its kind in the world”. That word “factory” isn’t good. But it is accurate. From the air the place looked like a giant question mark and the building certainly had a revolutionary design, the circular walls allowing trucks and scene shifters access to eight studios. In time the design was imitated across the world. But everyone knew that Television Centre had only been built in White City, on London’s western outskirts, because land was cheap: studios require a lot of space, and square-footage was a lot cheaper opposite an Express Dairies depot in outer W12. Much the same considerations had been in play when the area had been chosen as the site of the 1908 London Olympics.

By the time the Corporation abandoned most of the building, in 2013, it had become pretty shabby. The hugely original design of the 1950s had lost its architectural integrity as bits were built on to it. The whole thing was down-at-heel, with scuff marks and coffee stains all over the floors and a very noticeable rodent problem. In one of its legendarily incompetent property deals, the Corporation announced it was going to abandon the place for “cheaper” premises at New Broadcasting House in the centre of London. As common sense suggests, they were cheaper because they were very much smaller, with no proper studios. Staff members live out their working lives there in a sort of unhappy aquarium. Some were even told that, as there was no desk for them, they could get WiFi access in local coffee shops. A manager who needs privacy to sack an inadequate producer has to book one of the meeting rooms, named after past TV series. Everyone dreads hearing “See me in Only Fools and Horses”.

When the time came to leave White City, many BBC people had felt things could only get better. There would, at last, be somewhere else to shop than Shepherd’s Bush market. There’d be places to eat. There’d be no more grumbling from wannabe Alastair Campbells about ministers having to schlep out to W12 to be harangued. If someone had said the old site would become a venue for expensive apartments and a glammed-up hotel they’d have drawn a belly-laugh. But that is what has happened. BBC Television Centre is emerging from a £1.5bn makeover that developers hope will turn it into a lively new neighbourhood with 950 homes as well as offices, shops, restaurants, bars and a hotel — the latest outpost of the Soho House group.

In the days when Television Centre was devoted to television, you could eat in one of three canteens, all of which provided terrible food, but in one of which, favoured by the boss class, you could have it served by a waitress. In the evening, many of us went to the Tea Bar for sandwiches, where Big Linda would dispense dodgy-looking pies, amid much verbal abuse from the gap in her teeth. Then the thing was privatised. Linda refused to be retired, was prised out of her plastic overall into some stupid uniform and the place was renamed The Filling Station. It was universally known as The Killing Station. By contrast, the (largely Asian fusion) food at White City House is pretty good. Taiwanese fried chicken and lamb chops with a Korean spice dressing were particularly fine. How Big Linda would have dispensed the bowls of acai berries or wheat-free ricotta pancakes on the breakfast menu boggles the mind. As it was, I chose smashed avocado and poached eggs on sourdough toast for breakfast and was still asked by the very charming waiter whether I had “any allergies we ought to know about”. The staff — who repeatedly call you by your first name, as if you see each other at the gym every day — are terrific. There are, unsurprisingly, plenty of vegan choices.

Television Centre may have originally been designed to be cool, but people trying to do their jobs quickly made it just another human workplace. My fellow diners were all more smartly dressed than anyone from the days of TV production, many of whom were very crumpled indeed. During one of its periodic fits of managerial madness, members of the BBC radio newsroom had been frogmarched from central London to work in White City and television producers would turn up to work at what optimists dubbed “The Fun Factory”, to discover unmistakable evidence that the furniture had been used for sleeping by the radio newsroom night shift.

Confining men and women together — even in a west London wilderness — also inevitably meant that sex occurred, about which there was a strong corporate line, since the organisation never got over Lord Reith’s disgust at being told a couple of staffers had been found in flagrante on top of a desk. “Firstly,” he said, drawing himself to his full Presbyterian 6ft 6, “the desk must be burned. Secondly that man must never read the Epilogue again.”

Both sleep and sex look to be much more comfortable in the beds of the hotel, provided in price bands ranging from £120 for what is advertised as a “Tiny” room, through “Cosy” and “Small” rooms (£140 and £160), to “Big” at £230. In keeping with the 1950/60s theme, rooms are done out in fluted panelling, chandeliers with Bakelite-era shades, retro Trimphones and Roberts radios. There are vaporisers in the well-equipped minibar to spray vermouth into your Martini. Mad Men’s Don Draper would be quite at home. The sad truth is that Draper is a lot cooler than most of us who worked at TVC. The hotel idea is, presumably, to bring some east London cool to west London. They have their work cut out, and it will require more than a sprinkling of irony.

Television production hasn’t vanished entirely from the site — the BBC hung on to three studios there, two of which are rented out for the manufacture of programmes for daytime ITV. (In a planning masterstroke, London now has a great shortage of space to make TV shows.) The original Stage Door area, where you might meet anyone from Les Dawson to the home secretary, is now the reception area for the part of the building turned into flats. The public lavatory-style tiling inside the doughnut at the heart of the question-mark has been cleaned. The statue of Helios, the sun god, seems to have been regilded and beneath it is a subterranean gym. A rooftop pool offers views over the White City Housing Estate and into the walls of the Westfield shopping centre. Estate agents talk of the three most important qualities in a property being “location, location, location” and Television Centre is opposite one of the nastiest-looking office blocks in London, which seems to provide space to small businesses. In the prevailing mood of irony, a sign boasts “we’re Ugli”.

A brochure in the hotel room advertises attractions “around White City House”. They include shops on Portobello Road, which is a mile away, restaurants in W10 that are almost two miles away and the Serpentine Gallery in Hyde Park (even further). They seemed somewhere over the rainbow when I worked there, but maybe geography is only about perception.

Jeremy Paxman worked for the BBC from 1972 until 2014, spending much of that time at Television Centre. He was a guest of White City House (whitecityhouse.com)