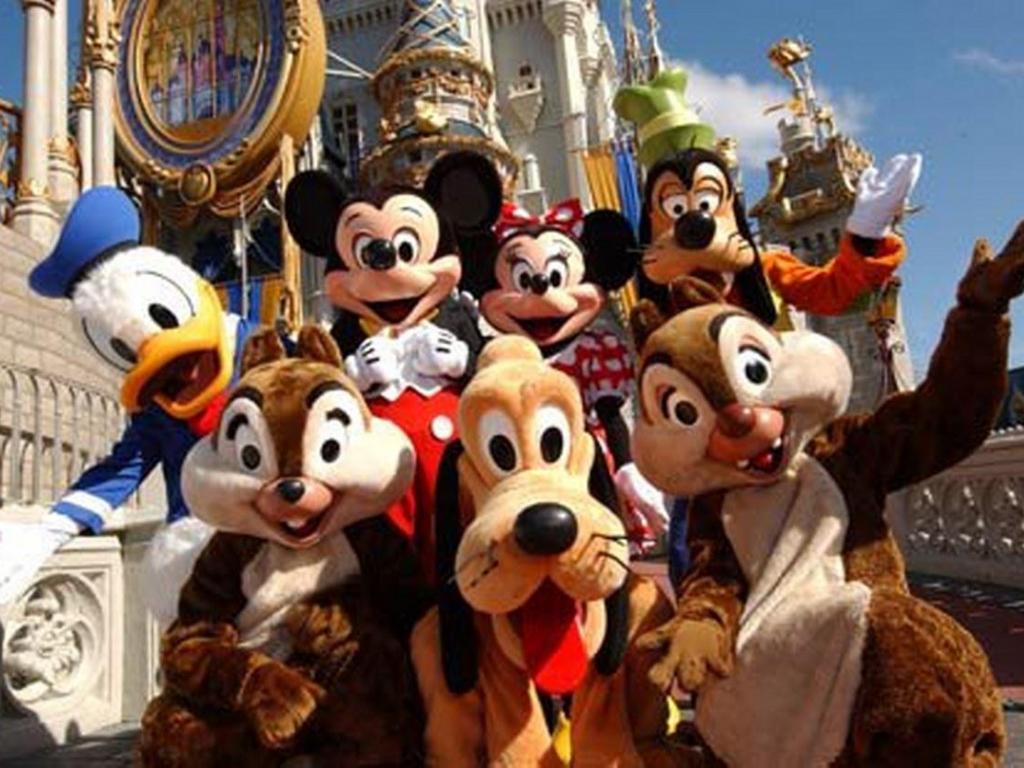 A few years ago, an American author wrote a book about the men and women who endured the Depression and then fought in World War II. He testified to their courage, vision and resilience by calling his book The Greatest Generation.

If anyone attempted to name their children — those born between about 1945 and 1965 — the so-called Baby-Boomers, they might consider calling them The Worst Generation.

It is now received wisdom that today’s young people may be the first generation in modern history to expect to be poorer than their parents.

Earlier this month, a report suggested the young will be 25 per cent worse off than their parents when they reach the age of 65 — the so-called ‘baby bust’ generation, having accumulated £400,000 less by the time they retire.

His may not be entirely their parents’ fault. But we should certainly take a good share of the blame. A kinder author would perhaps choose a title like The Luckiest Generation for us Baby-Boomers. But how you handle good fortune is surely just as important as how you deal with adversity.

I belong to the Boomer generation — a fact I feel increasingly uncomfortable about. No wonder we thought we had it all. Compared to those who came before, we did.

Those born at the end of the World War I spent their adolescence in the Depression and by their early 20s could expect to be wearing a military uniform and risking their lives.

As the Care Quality Commission report has revealed, some of the last survivors are lying in filthy hospital beds surrounded by uneaten food. The Greatest Generation might also be called the Unlucky Generation.

By contrast, if you were born after World War II, you spent most of your adolescence enjoying the freedoms of the Sixties, were never obliged to serve in the Forces, could expect a more-or-less constantly improving standard of living and, as a consequence, never forsook many of the habits of teenagerdom.

The Baby-Boomers will not go gentle into that good night: just look at the British couple, Lesley Norris and Bruce Scott, who had to be rescued in the Brazilian jungle last month after their camper van ran off the road on a ‘retiree’s’ gap year. In many ways, they stand for all the rest of us.

In contrast, consider the children (and grandchildren) of this fortunate age group.

Almost a million young people between 16 and 24 today have no work — for the jobs many might have expected to fill have been exported to China, India or Vietnam. Those who do find employment will enjoy none  of the pension expectations of their parents.

Yes, it’s true, they do not face the apocalyptic anxieties of the Cold War. But those concerns have been replaced by the possibility of looming conflicts over energy, water, migration or religion. And let’s not mention what the Luckiest Generation have done to the environment we all share. It is not just that the Boomers were the first generation in recent history to grow older while never having to fight in a war. We were also the happy inhabitants of a consumer wonderland in which everyone seemed to be getting constantly richer.

‘Let us be frank,’ said patrician Harold Macmillan, in July 1957, ‘most of our people have never had it so good.’

We have lived in a world in which medical science made such strides that we could confidently expect to outlive our parents — and be in better health.

Holidays grew in length and were ever further away: a couple of weeks at some blustery British seaside resort was replaced by the confident expectation of sunshine in southern Europe and then all over the world.

We had machines to wash our clothes and crockery, owned our own houses and our parents bequeathed us a National Health Service so we might all look forward to free treatment with ever-improving drugs.

The Baby-Boomers could expect to find — and afford — somewhere to live, for it was the building boom which made Harold Macmillan’s reputation.

Those of us lucky enough to go to university could take it for granted that the state would tax the Unlucky Generation that came before to pay our fees and demand nothing from us in return.

Ours was truly the first cohort in history which could call itself both healthy and wealthy.

Not that we really admitted to our wealth. As our possessions grew, so did our expectations, to the point where luxuries became essentials.

Our grandparents aspired to mangles and meat-safes. For us, the conviction grew that we were deprived if we didn’t have freezers and flatscreen TVs.

These were not merely items it would be nice to have, but to which we had a right. The sense of entitlement made ideas of duty to some collective entity the preserve of fools in old-style hats and coats.

We had become not merely the luckiest but also the most selfish generation in history.

Our parents made-do-and-mended through the austerity years. But when fundamentalist murderers flew planes into the Twin Towers, what did that Lucky Generation luminary George Bush advise Americans to do? Go shopping.

‘Get down to Disney World in Florida,’ he said ‘Take your families and enjoy life, the way we want it to be enjoyed.’

Our parents had Clement Attlee, perhaps the greatest Prime Minister of the 20th century, who died leaving an estate worth £7,000. We have Tony Blair, the multimillionaire messiah.

The government elected in 1945 under the leadership of Major Attlee laboured to build the new Jerusalem in Britain, a crusade for the greater good which would slay the five giants of Want, Disease, Squalor, Ignorance and Idleness.

The children of the new Jerusalem had more personal ambitions.

‘Their parents and elder brothers and sisters had battled for healthcare, for education, for full employment and economic security,’ writes the author Francis Beckett, one of the early products of the plateglass principality of Keele University.

‘The Baby-Boomers fought for, and won, the right to wear their hair long and enjoy sex.’

Opinion surveys show surprising numbers of this solipsistic generation still consider themselves — absurdly — ‘anti-establishment’ and ‘less trusting of those in authority’.

The truth is, the Lucky Generation are in authority and have been for years now.

Between us, we have been on the first binge known to science in which the hangover was inherited by our children. Take the example of housing. The soaring cost of putting a roof over your head is surely one of the most unattractive — and pernicious — characteristics of the past 40 years. And yet for decades the media have  reported a rise in house prices as being somehow a cause for celebration and a fall as a bad thing.

But the consequence of this obsession — and the borrowing that made it possible — was to destroy the relationship between property prices and wages: housing is now so far beyond the reach of many young people that significant numbers doubt whether they will ever be able to buy decent accommodation.

The only explanation for the nation’s obsession with property prices is the Baby-Boomers’ smug conviction that, having entered the market, the only thing they need to do to become wealthy is to sit on their backsides.

And who can blame them?

In 1968, when the first of the Baby-Boomers were beginning to think about settling down, 425,000 homes were built in Britain. Last year, the total was just over 100,000 — fewer than in any year since 1923. With figures like that, of course, the cost of putting a roof over your head rises.

Lucky Generation investors who followed the advice of property-porn television and got into buy-to-let schemes developed another way of taking money from the young and securing it for the old.

Young people look at the out-of-reach property ladder from a swamp of debt, because by the Nineties, the former student leaders of the Lucky Generation had made their way into the Labour Cabinet.

As president of that characteristically Boomer outfit, the National Union of Students, Charles Clarke — a beneficiary of free higher education — demanded ‘adequate’ grants for students.

As Education Secretary in the Noughties, he introduced top-up fees. Given control of the Treasury, the Boomers flogged public assets and frittered away the bounty provided by North Sea oil.

Governments of some previous generations may have been colourless. But they would at least have had the wit to see through promises of Free Money, like the Private Finance Initiative (the scheme under which private companies build projects such as schools and hospitals then lease them back to the state) and similar bits of chicanery, which recent governments so delightedly embraced. As the Conservative David ‘Two Brains’ Willetts put it in the days before he became a minister in the current administration: ‘The charge is the Boomers have been guilty of a monumental failure to protect the interests of future generations.’

The recent disclosure that nearly one million young people are unemployed reveals how difficult it will be for many students to pay off the debts with which we have saddled them.

For those with rich mummies and daddies, the way into tax-paying employment is that familiar feature of the early 21st century — taking jobs as the willing, unpaid office dogsbody or intern.

For the less fortunate, a life  beckons of short-term contracts with a much less comfortable dotage than their parents would ever have entertained.

You might ask why governments don’t try somehow to even out this great fiscal imbalance between older and younger. The answer is if it comes to an outright fight for state resources between generations, the Luckiest Generation has an ultimate deterrent. Unlike many young people, they vote — and their numbers in an ageing country are huge. So, the Baby-Boomers are Those Who Must Be Obeyed.

I have, by contrast, lost count of the number of young people who say that recent experience — especially the Lib Dems’ volte face on tuition fees — has convinced them never to vote again.

The Luckiest Generation will be around for a long while yet, strumming their guitars and enjoying their concessionary fares, ensuring young people keep working to pay their pensions, outraged at demands they cash in their property wealth to fund their future in care homes, consuming the vast — and increasing — quantities of National Health Service funds necessary for geriatric medication (half the NHS budget is spent caring for old people).

They have already persuaded the Government to make it impossible for employers to get rid of them just because they reach the age of 65, while also ensuring that many Boomers will be able to claim their pension two or three years earlier than anyone entering the workforce now.

Getting on for a million of this generation have taken themselves off to live in parts of continental Europe where they think the weather is kinder and the fags and booze are cheaper.

In southern Spain or rural France they watch Sky television, demand the assistance of British consuls paid for by their hard-working offspring and are begged by the big parties to register for postal votes.

Thousands more enjoy a healthier old age than they had any right to expect jetting around the world on holidays of one sort or another.

You can hardly blame them for thinking the world belongs to them. It really does.

Their children and grandchildren, meanwhile, have been sent out into a plundered world, shackled by debt, unable to contemplate early home ownership or starting a family.

And then the Luckiest Generation tut at the level of anti-social behaviour they claim to see.

It strikes me as more of a  wonder the streets aren't full of demonstrators demanding compulsory euthanasia.