A revolting ‘fly’ for salmon fishing 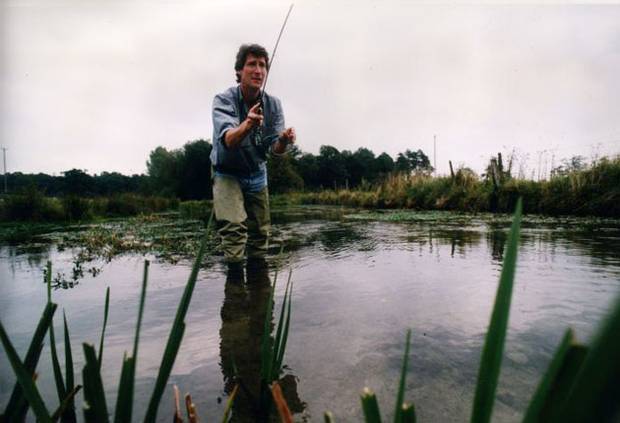 Most people seem to know of the charity Crisis in its “at Christmas” incarnation, providing food, shelter and everything from haircuts and chiropody to tea and pantomime for homeless people. But the homeless are with us all year round, and I went the other day to one of the weekly philosophy classes run for Crisis by Paddy Gormley, a charming philosopher whose mission in life seems to be to act as the reincarnation of the 18th-century Bishop Berkeley, who claimed that the world was a figment of our imaginations.

This time, though, Gormley’s subject was worldly hierarchy.

Perhaps there exists somewhere a perfect society without hierarchy of any kind. But it is terribly hard to think of a human organisation — social, religious or political — that does not have some sort of pecking order.

You get a very different perspective on this sort of thing when the speakers are without even the dignity of a roof over their heads. A quiet man with a rather knocked-about look agreed that it was hard to think of a political system that wasn’t hierarchical, adding bleakly: “The problem is, the wrong people are in charge.”

They always are, I thought.

We are further than ever from Shelley’s always-odd claim that poets are the “unacknowledged legislators of the world”. As ever, power is exercised by those who want power. And anyone who wants power definitely ought to be denied it.

Shelley’s contemporary, William Blake, would have agreed — inasmuch as he ever agreed with anyone. The Ashmolean Museum in Oxford is staging an exhibition trying to show how Blake learnt his craft and it held a stimulating discussion the other day.

Blake is a long way short of being the easiest poet to enjoy, yet his influence is everywhere. Among those speaking at the event was the novelist Philip Pullman for whom Blake disproved the “nothing buttery” (as in “we’re nothing but”) approach to life. The radical Brazilian philosopher Roberto Mangabeira Unger was outed as an enthusiast. And the writer Iain Sinclair suggested that the poet imagined the Tardis long before Dr Who was even a glint in a Time Lord’s eye.

But I think Blake himself would have been rather astonished to think that, nearly 190 years after his death, hundreds of people would gather on a cold Sunday afternoon in Oxford to celebrate his existence.

I am writing this en route to Chile, where I hope to chase massive trout up and down various wilderness rivers, throwing on to the water the imitations of grasshoppers that I have tied over the past few weeks. There is no fool like a fisherman and - as long as you never do the sum of dividing the money spent on fishing by the numbers of fish caught — it is a harmless enough eccentricity.

We also hope to pursue some salmon, and I asked a friend who had fished for them in Chile what sort of flies one ought to take. He produced the most revolting “fly” I have ever seen — enormous purple tail, much vulgar glitter and a dayglo yellow head. “I’d never dream of tying up something as vile as this,” I exclaimed, “what’s it called?”

FT readers have been generous in trying to help find an answer to my bafflement at being asked for directions by an Italian man who stopped his car in London, claiming to be on his way to the airport and then attempted to give me a suit. I wondered how on earth the scam worked.

I have been showered with examples of almost identical incidents, from central London to Berlin and Helsinki. There are many possible explanations. Are FT readers kinder than readers of other newspapers in offering directions to lost Italian motorists? Or is there an unexpectedly large quotient of them walking the streets looking as if they badly need a makeover?

Being worldly types, all of them instinctively knew the pitch was a scam and five minutes on the internet discloses almost word-for-word exchanges in Winnipeg, Johannesburg, Amsterdam and elsewhere, along with a few confessions from people who had fallen for the subsequent request for money to help to pay for their benefactor’s hotel accommodation or car rental.

How banal to find yet another aphorism is a cliché for a good reason: if something’s “too good to be true”, it generally is. Of course it is.

In conversation with a distinguished doctor this week, I came across a new definition of “DNA”. In his National Health Service consulting rooms, it refers not to Crick and Watson’s double helix but to members of the public who simply don’t show up to appointments: they Did Not Appear.

We are going to have to endure a tremendous amount of boasting, promising and lying about Britain’s system of socialised medicine between now and the general election in May — the price you pay for letting politicians run something, I suppose. Some of the claims may even turn out to be true.

But instead of lurching from crisis to crisis, would it not be sensible to ask whether a system invented in 1948 can really expect to survive indefinitely? No one doubts the nobility of the ambition of the NHS. But the number of DNAs gives a daily example of how many people have no idea of what healthcare costs.