My hero: The BBC World Service 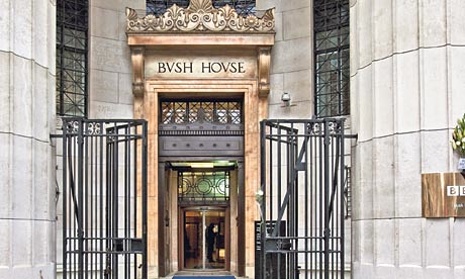 I don't suppose there are many heroes who wear a cardigan and cords. But that's how I imagine the BBC World Service, an ageing uncle whose seen it all. It has a style that makes understatement seem like flamboyance.

Yet I have never, ever, anywhere in the world, heard anyone say a bad word about the World Service. It is more trusted than its American equivalents, more lively than Deutsche Welle, more imitated (unsuccessfully) than any of them. It has a team of steady, dedicated and resourceful correspondents stationed around the world. Their probity is beyond doubt. Its television service puts its poverty on proud display every day.

How many people will be going to the barricades to save the Macedonian or Albanian services and the others now to be cut? Not many – most of us have no idea what they're saying. And as for the Caribbean, that's presumably a decision to leave the former colonies to the mercy of the American networks.

No journalistic service has a God-given right to exist for ever. But we are dealing here with something more. How many millions listen to the World Service in some form?

A mere 241 million people, they say – the figures are so vast as not to mean very much. But it must be many more than will ever clap eyes on William Hague, listen to an ambassadorial speech or attend a Foreign Office leadership conference.

The World Service's misfortune was to be controlled by the Foreign Office. I can imagine the scene when the enacing note comes across from the Treasury. "Good Heavens!" says the Permanent Secretary, "they want us to save money. Anyone got any ideas?"

No one suggests abandoning the pile on the Faubourg Saint-Honoré or recognising that perhaps the whole diplomatic service belongs to the days before email and the internet – the telephone even. Then a voice pipes up, "I know, why don't we hand the BBC World Service over to the BBC and make it their problem?" "Excellent," says the PS. "Shall we have a cup of tea?"